An Inventory of Swords from Medieval Europe

During the medieval era (500-1450 CE) there existed many types of medieval swords. Swords varied in design, size, and method of use. Some were designed as cutting weapons with broad, heavy blades while others were designed as piercing weapons with elongated points.
Swords were made out of different materials like bronze and iron which could range in weight from 1 to 40 pounds (lbs) or more. They are one part of armor for the soldier that requires both skill and strength to be used properly during application on the battlefield. The type of sword that was used would depend on whether it was going to be used as an offensive or defensive tool.
Although swordsmanship was universal across medieval Europe, the weapons with which to use it were not. There are four primary categories of these swords: the battle swords, the anime swords, the arming swords, and the poleaxe or halberd. Swords were primarily used in one of two ways: thrusting and slashing.
This can be seen because most swords have a cross-section in which their blades are oriented parallel to one another. For example, a longsword's blade would be oriented at an angle parallel to a shorter sword's blade. Swords could be used for either defense or offense depending on their use as a pikeman or cavalryman respectively.

Parts of a Medieval Sword Include:

Here are the basic parts of swords that were created in medieval times: 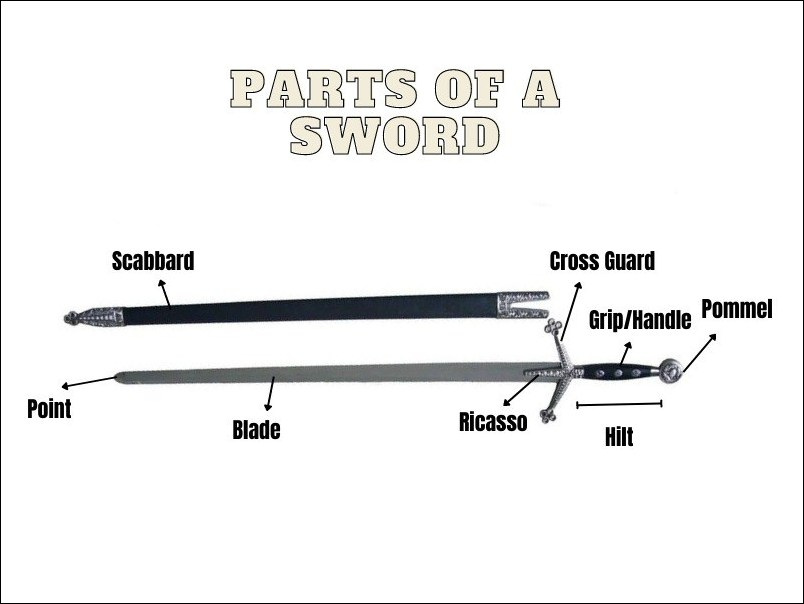 The pommel is located at the end of the hilt. It helps balance and adds weight to the sword. It could be decorative or designed for use in striking down an opponent.

The ricasso is the unsharpened area right above the crossguard. This area may also have a decorative design that can help identify if it's from a certain period, as well as add some grip to balance out its weight.

The cross-guard is located between the blade and guard, they are used to stop hand slippage during combat.

The barrel guard is used to protect the hand from getting hit by a blade during combat.

The grip is used for grabbing the hilt of the sword.

The blade is used to attack during combat.

They are used to add sections of smaller blades toward the edge of a larger sword, such as a twin sword.

Medieval swords were typically made of steel. However, some swords were also made of other materials such as bronze or iron. Samurai swords were usually decorated with intricate designs and often had a decorative hilt.
Overall, these swords were necessary weapons during the medieval period. They were used in battle and were also symbols of power and status. There are a lot of different types and qualities of these swords out there. Which one is the best for you depends on your individual needs and preferences?

These swords were primarily made from bronze and iron. However, from around 1000 AD steel became a more common material for making these swords. Steel weapons were prized above those constructed of iron for their durability and strength.
However, at this point steel was still not very common in Europe. Iron was the predominant material used at the beginning of the medieval era, then gradually steel became more common. By 1000 AD steel was becoming more common for making these swords. It was more durable than iron and thus added to a sword's intrinsic strength.
However, steel was still very rare in the 11th century and thus most swords were still constructed of iron. Many swords were made of an inner core of iron with an outer layer or "band" of steel. Some blades, such as the rapier, had a hard steel edge but are classified as iron weapons due to their non-steel construction.

Other sword types consisted of an entire blade of steel from tip to pommel (e.g., the Viking sword). The crossguard and pommel were often made of steel or iron. This enabled the sword to absorb sideways shocks when parrying another blade, which is why they were so commonly used.

Most early swords were designed with a rectangular cross-section, although many of these were flattened or curved to facilitate thrusting. Some swords have a single straight edge while others have two which are angled slightly outwards. The former type retained the shape and sharpness of blades originally forged as double-edged instruments while the latter type could be used for guards or pommels to protect a hand gripping the sword's hilt.
Medieval swords featured a long, slim, and straight blade with a hexagonal cross-section. A slightly curved blade also emerged in the early medieval era. The introduction of the new "Viking" sword marked a shift from the Roman gladius or spatha toward more angular and simplistic swords. 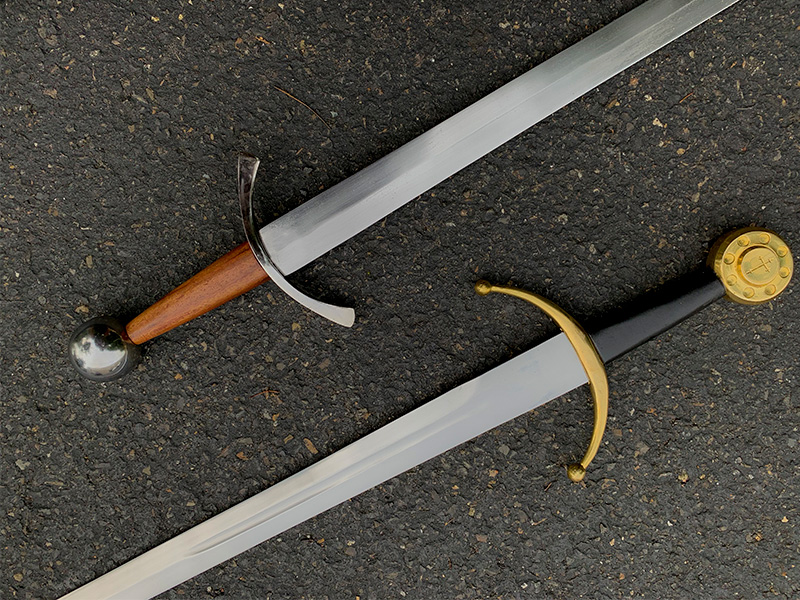 Most handmade swords were well over two feet long (80 cm). Most blades dating from this time period were between 40 and 50 cm long, however, some could be longer than 60 cm. Longer swords are sometimes found in graves but these are usually ceremonial weapons rather than actual weapons used on the battlefield. Longer swords were more effective when used in conjunction with a shield because they could be thrust through the foe more easily than shorter swords.
Longer blades could also be used to slash enemies over or beside a knight's shield. There are some documented instances of arming swords of up to 150 cm in length, but these were likely ceremonial weapons and not intended as combat weapons. It is likely that even if these longer blades were used in combat, their excessive length would have made them cumbersome and unwieldy.

Medieval swords are very big in length and width. A typical-sized medieval sword is around 2 feet long and up to 6 inches wide. They were used by knights to fight on the battlefield against other knights and soldiers who fight on horses. The sizes of these weapons can vary depending on their uses or the preferences of their users. Longer blades could also be used to slash enemies over or beside a knight's shield.

In ancient times, medieval swords were used primarily as self defense weapons and horseback combat weapons. This type of sword is known as a broadsword or greatsword. Knights would wield these swords while charging toward an enemy line and they proved to be quite dangerous in close-quarters combat. These swords have been around since the Bronze Age, but over the years their usage has morphed into different forms of weaponry for different purposes.
In the middle ages, swords were used for multiple purposes based on their size and design.
Longswords were a must-have for any knight; they proved to be quite handy in close combat against groups of enemies. Knights also used short swords, or “daggers” as they were called; these short blades were primarily used to kill opponents quickly before they could draw their longsword to defend themselves.
The second main type of sword that was used in medieval times was the rapier. This sword was much thinner than the longsword and it required precision strikes to effectively strike an opponent without the blade being deflected by another blade or a piece of armor. Rapiers were primarily for quick, fast strikes.
Knights also used a sword known as the Falchion which was a short, two-edged sword that could be swung more easily than a longsword. These swords were mainly used to hack through armor rather than to use a sharp point and thrust into soft flesh. Later on down the road, knights adopted the use of small knives attached to their gauntlets, known as bucklers.
SHARE THIS POST
Previous Post
Next Post 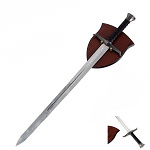 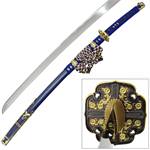 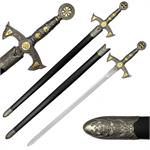