Top-Notch and Most Popular Types of Cool Knives

Knives are a very important part of our lives. We use them so much in our everyday lives that they have become the best and most dependable EDC tool for us. These blades have been around us for centuries and it is said that their origin goes back to the Stone Age when they were made from stone and were used as a weapon for self-defense and as a utility tool as well. We have come a long way from those knives carved out of stone and nowadays a huge variety of cool knives is available to us that we simply get confused when we go to the market to buy them. There are so many types to select from and so many features and specifications to compare, that we simply get lost sometimes and ask the seller for recommendations. Let us have a look at some top-notch and popular cool knives so we can have a good idea about our purchase when we go out to buy a knife.

Knives are generally categorized into four types based on their type of use. The following are those four types:

Outdoor knives are those knives which are used in outdoor situations. Such knives are mostly fixed blade knives and are usually more durable and reliable than other knives. Why? Because they are mostly put to harsh use and this is why they are easily worn out. To prevent that, they are made durable and strong to carry out the tough chores of outdoors efficiently and effectively.

Bowie Knife is mostly used for outdoor purposes and is one of the most popular cool knives. Bowie knife is named after the notorious fighter known as Jim Bowie who fought with it in the famous Sandbar fight that took place on a Sandbar on the Mississippi River. The blade of a Bowie knife is usually 12 inches long and it features a clip point blade which is its distinguishing feature. The big blade and a crossguard are what makes a Bowie knife an excellent choice to be used outdoors and this why it is used mostly to perform tough and complex chores.

Hunting knives come in a variety of forms and types. These cool knives are used not to perform the actual hunt but to prepare the hunt for consumption. You will definitely need to have one in your backpack when you venture out on a hunting expedition. These cool knives will help you hunt, prepare your meal, prepare shelter and perform other utility tasks when you have access to no other knife. The most popular hunting knives are skinning knives which are used to skin the animal you hunted, caping knives which are used to cut off the head of the hunted animal without breaking its neck so that the head can be or preserved as a monument or trophy, Butchering knife to cut the meat into small pieces, etc.

A survival knife is one of the best and most popular cool knives. This one can help you out greatly in a survival i.e. life and death situation. Survival knives mostly have big blades and these knives are usually much more durable than other knives because they are designed specifically to be used outdoors. Mostly, survival knives come with extra accessories i.e. paracords and fire starters to help one out in an emergency situation.

Machete has one of the biggest blades and was used initially for farming. Most of our population confuse a Kurki with a Machete but actually, both are different tools. A machete has a blade that goes straight and then curves from the end whereas a Kukri has a blade which resembles to alphabet “C” and is properly curved. Machete because of its strength and a big blade, is used outdoors and is used very less in day to day home utility tasks, in fact, it has no use there. These cool knives are known as one of the toughest and durable ones and they are known to be originated from the region of Spain. Today, Machete is used for the execution of a lot of tasks. It is used to cut off or chop off wood mostly, it is used in farming, it is used in slaughtering, camping, fishing, and hunting as well.

Tactical knives are those knives which are used specifically for combat and tactical purposes. These knives are very sharp bladed and feature ergonomic grips most of the times, which allows the user to grip them firmly and comfortably. Such cool knives can be used for fighting purposes and for self-defense as well. They mostly come in sheaths because of their sharp blades and these sheaths make carrying them easier and convenient as well.

Karambit knife is a highly differentiating knife because of its c-shaped blade which looks like the claw of a tiger. This exotic blade is said to be originated from Indonesia and was used initially for farming. These knives have small blades and come in beautiful and very exotic designs which further increase the appeal of the cool knives. The c-shaped curved blade makes these cool knives the best option for slashing and piercing whereas when it comes to thrusting and stabbing, they are hardly of any use.

Have you ever heard of a trench knife? Dig into your recollections of the World War and recall what you know about it. When firearms were too expensive and very few people had access to them and when trench wars were being held, trench knives also known as brass knuckle knives or knuckle dusters knives or simply knuckle knives were quite popular and were used extensively as well. These cool knives are known as knuckle knives because they have knuckles attached to their handles. Which means that this two in one weapon could be used as a stabbing weapon by thrusting the knife in the opponent’s chest or could also be used as a weapon for punching with the help of knuckles in close quarter engagements.

One other type of tactical cool knives is the Boot knife which also comes under hidden blade knives. A boot knife is a small knife having a sharp blade that usually ends up on a pointed tip. This one can be easily concealed in boots and this is why it is known as a “Boot Knife”. This concealable nature of such cool knives makes them a very good option as a self-defense weapon. Also, they are quite good when it comes to stabbing, thrusting, piercing or even cutting. Therefore, they can be used as a weapon, as a self-defense tool, and as a utility tool as well. Initially, the Boot knife was used as the Gambler’s dagger as it was found mostly in the possession of the gamblers and thieves.

One other type of a tactical weapon is a push dagger. Are you familiar with it? It is a very popular type of dagger and was used by the military as well as by other people. The daggers have been around us since centuries and one of the oldest types of daggers is the Push Dagger. It has a T-shaped design which makes it an excellent choice as a stabbing and thrusting weapon. These could be concealed easily and people would normally hide them in their hands with the blade protruding from the middle and forefinger. It used to be quite effective fights and combats due to its concealable nature, razor-sharp blade, and effective design. It resembled the historical weapon known as “Katar” and is said to be an upgraded form of it. Push daggers were used extensively in the Medieval times for self-defense as well as for close quarter combats.

The most popular cool knives used for utility purpose are the pocket knives. They are also known as folding knives and come generally in two types which are spring assisted pocket knives and automatic switchblades. The spring assisted pocket knives are those which operate via spring mechanism and they mostly feature a thumb stub or a flipper which help in the opening and closing of such cool knives. These knives are small, compact and very easy to carry as well. They are quite efficient to perform all utility tasks and are quite popular nowadays as well. Then comes automatic switchblades which are also folding knives, however, they open and close when an automatic button is pressed which is present on such knives.

Special knives are those which are used for specific and special purposes. For example, a scalpel is a special knife as it is used for medical purposes only during surgeries to cut through the skin of a person and they are made quite sharp and are sterilized also for this purpose. Some other special knives are Driver knives, Electrician knives, etc.

So, the above-mentioned types are some most common types of cool knives which are available in stores at very affordable rates worldwide. So, which one of them do you prefer to use the most? 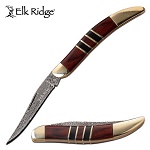 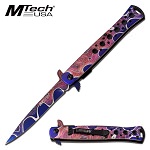 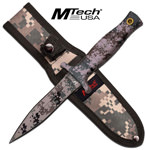 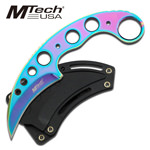 Titanium Coated Full Tang Rainbow Karambit Neck Knife With Sheath
This tactical neck knife provides instant defense right around your neck! The 3 blade is razor sharp, and can be quickly accessed from the quick-release, impact-resistant sheath. 7" Overall in length.
$5.79
0
Out of Stock 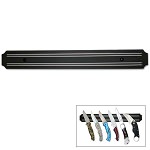 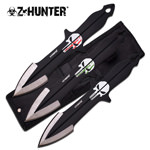 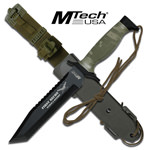 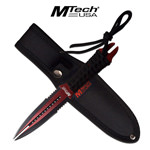 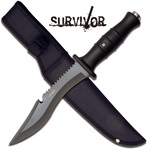