A bowie knife is counted among the earliest survival knives that a man-made. This knife, thus, has rich historical importance and is still one of the best of its kind. So, if you are looking for a weapon to satisfy your butchering or hunting needs, you can confidently rely on this blade.
However, here, choosing the right bowie knife is essential. Are you confused about how to choose the right one out of such a huge collection? We are here to help you with that. But let us first remind you about the basics of this amazing knife.

These knives were first crafted with an intention to keep them light-weight and easily manageable. Nevertheless, these two features compelled individuals to consider them as large butcher knives only.
This perception entirely killed the entire purpose of the bowie knife. Keeping this in view, the manufacturers made considerable changes in its design.
The modern-day Bowie features the following features.

Click here to know what are survival knives wielded by actors in different movies!

Even though people are not sure about the origin of this knife, they know that it was created for either of the Bowie Brothers.
People even claim that it was designed by Jim Bowie who then commissioned someone to craft it. The final design was later modified to present the present version of a bowie knife.

The first model of this knife is more popularly known as Sheffield Bowie. It was not equipped with a sharp curved point and exhibited a handguard.
The spine of its blade was silver or brass coated. It was to give this knife its exemplary fighting abilities.

A group of people claims that this knife was Rezin Bowie's creation who stylized it as per his requirements. They further claim that he created it after he failed at harming a bull who attacked him.
He created the design of this magnificent bowie knife and hired the services of a black Smith to create it.

This knife first appeared in a Hollywood movie Iron Mistress. It was also used in a television show Jim Bowie. These two things were based on the life of James Bowie.
In addition, viewers also loved its role in various Alamo Films, Rambo movies, and crocodile Dundee movies. You must have also seen this knife for the first time in either of these shows and movies.

The purpose behind the creation of this knife was to have an effective weapon. But, these days different types of knives is majorly serving various other purposes.  People love it for its butchering abilities. They even rely on it for their camping needs.
All in all, it is right to consider it as a multi-purpose weapon. Invest in this tool and say bye to all such worries.

There are a number of interesting facts about this useful tool. Some of them are listed below in detail.
Isn't it amazing? This quote certainly portrays a bowie knife as a multi-purpose tool.

Factors to Consider When Buying A Bowie Knife:

Currently, a bowie knife is available in varying sizes and styles. It is, in fact, one of the most purchased knives the world over.
Keeping in view, the distinct needs of the consumer, a huge collection of these steel knives are available worldwide. This choice sometimes makes it difficult for the consumer to pick the right tool.
Let us now discuss the important factors that you must consider when buying this knife.

Durability is one of the unavoidable features of a knife. Consumer, thus, doesn't make any compromises over the durability of this product. It is, in fact, what ensures that their hard-earned money is valued.

Durability, in turn, is a product of several other things. It mainly depends upon the material of construction used. Conventionally, a bowie knife is manufactured with a carbon steel material.

These days, the availability of stainless steel sometimes serves as a valuable substitute. Besides that, sometimes it is also manufactured by using anodized material. All these materials are equally good for hunting and displaying needs.

Conversely, if you are looking for an authentic form of this knife you must opt for a carbon steel material.

Your need, in turn, defines the blade length that you require. Generally, a bowie knife is equipped with a huge broad blade that helps the consumer in identifying this unique weapon.

To have a better understanding of this aspect, you must go through the details listed below.

A long and large blade is ideal if you are buying this blade for clearing weeds or for serving agricultural purposes.

It is best for survivalists and beginners who are new to this weapon.

A short blade Bowie is popular for its precision and accuracy. It thus serves as a worthy tool for fishers and hunters. You may even rely on these for exhibiting your bushcraft skills. It is even preferred for skinning or cleaning meat.

Therefore, you must first be able to define the utility of this knife in your life. It will help you have a better buy.

The conventional blade length of a Bowie is 9.5 inches. It is preferred by weapon lovers and collectors who prefer preserving these in their original form.

Nowadays, manufacturers prefer creating these with varying blade lengths. This is to serve their customers in the best possible way without making them compromise on their distinct needs.

Tang is that little thing that ensures the durability of this knife. It basically connects its blade to its handle. A smaller tang can make it an unreliable weapon. It is because this knife is too heavy to be supported by a smaller tang.

Therefore, it is recommended that you must choose a bowie that has a full tang. Otherwise, you will shortly regret spending on this blade. But, if you are buying it as a collector or just for displaying it in your showcase, you need not worry about its tang.

Keeping this tip in mind can incredibly help you in making a wise choice.

If you are ready to invest in this weapon, you must keep your affordability in mind. It becomes vital when you are not in a position to step out of your budget.

Under these circumstances, you must choose a bowie knife that falls within your affordability range. It will make things easier and better for you.

The two most important tips that you must not forget are listed below. By following these, you will be able to add to the life of this valuable knife.

If you are unable to find a bowie knife that fits in your range, you must browse through our collection first. We promise to cater to all your needs within a fraction of the time. You will surely find something that fits your criteria and rightly satisfies your distinct needs.
So, what are you waiting for? Hurry up and browse through our wide range of these knives. Precisely, go grab them before they get out of stock.
SHARE THIS POST
Previous Post
Next Post 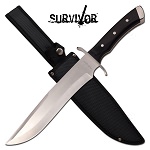 10" Blade Black Wood Handle Full Tang Hunter Bowie Knife
15.5 inch fixed blade knife. With a massive length of 15.5 inch overall this is a survival must.
$12.85
0
Out of Stock 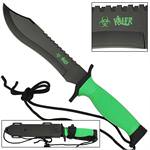 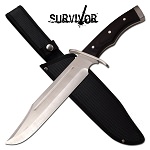 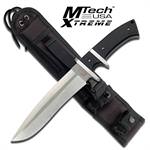 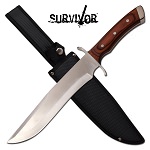 10" Blade Brown Wood Handle Full Tang Hunter Bowie Knife
Bowie Knife 15.5 inch fixed blade knife. With a massive length of 15.5 inch overall this is a survival must.
$12.85
0
Out of Stock