The 5 Most Popular Ninja Weapons of All Time

How popular are the Ninjas worldwide? I mean, even the kids of today know who they were, although they were found in the ancient Japan, centuries ago. Many people seem impressed by them, and that’s why you see cosplayers dressing up as the Ninjas on many LARP events.

Ninjas were one of the best warriors of all time. Yes, they were incredible, but their weapons were even more fabulous. Ninja weapons don’t just revolve around the swords, there were many other smart and tactical weapons used by the Ninjas. The cosplayers who wear the Ninja costumes never miss to hold the Ninja weapons.

Though centuries have passed, but the Ninja weapons are still available in the market. However, these are the replica weapons, not the originals ones secured from the history. But, these weapons are still as good as the old-fashioned ones. If you explore the market, you can find hundreds of such weapons.

A few of these weapons are seriously popular all over the world. They are still used for variety of purposes. Many people use them as the real weapons for defense and fighting. A few use them just as the cosplay items while many just keep a good collection of these traditional weapons.

Whenever we count the weapons from the history, swords come up as the most obvious weapons. The ancient warriors have no lethal weapon other than a sword. The most popular Ninja weapon is also a sword. Ninja were the skillful swordsman who used their swords to defeat their opponents.

As swords are one of the all time great weapons, the Ninja swords also appear on the list of greatest Ninja weapons. They knew all the tricks with the swords. One of their most popular swords was the iconic katana. This is by far the best sword, and perhaps the best ever designed. It is stylish and has a slightly curved blade. When we count the badass swords, katana makes into the list for sure! 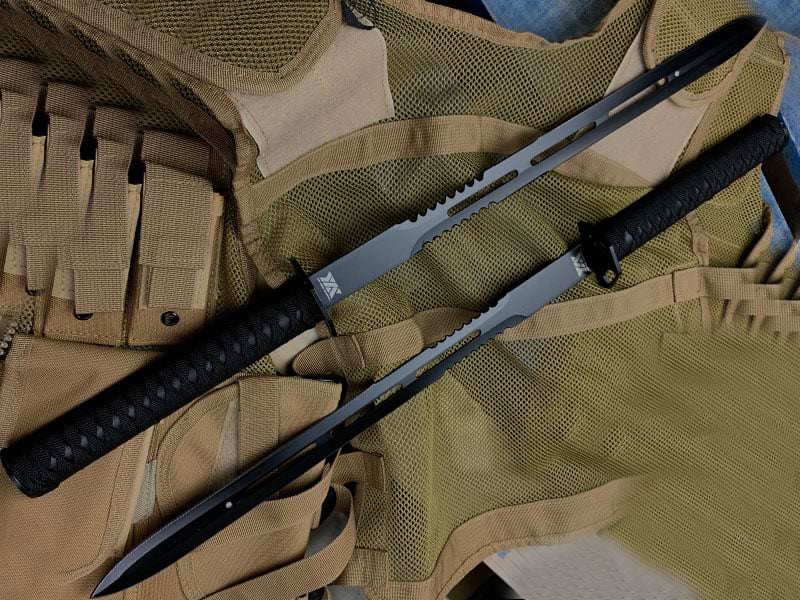 Ninja swords are still highly popular all over the world. If you head to the market to get some of these swords, you will be surprised to see a massive choice. There are hundreds of different swords available in the market. However, you would be eager to get a katana sword once you stick your eyes onto it.

People use these swords for many reasons. Most popularly, the enthusiasts love to have such traditional swords in their collection. Also, they are very popular cosplay weapons too. So, if you are a fan of Ninjas, you gotta have their swords in your arsenal.

Shuriken is another iconic Ninja weapon that is still popular. There are different names associated with this weapon, such as throwing ninja stars or Ninja throwing stars etc. In the areas surrounding Japan, they are more popular as shuriken. As the name suggests, it is basically a star with numerous edges.

They were handy in the wars because they caused distraction and eventually giving Ninjas an upper hand in the battle as they would take the advantage of the distraction. 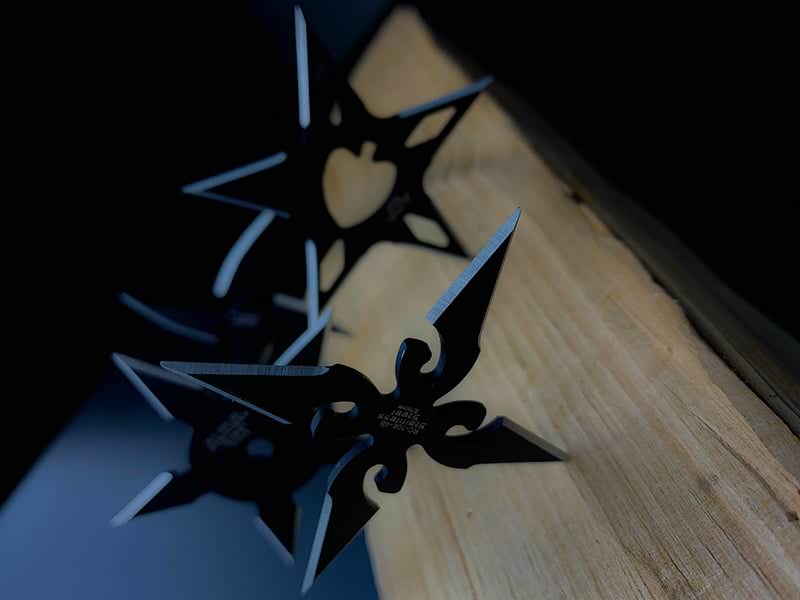 Shuriken worked as a perfect weapon for the Ninjas. They were embedded in the ground to cause injuries to the feet of the enemies who stepped on them. These throwing stars are still used as the Ninja weapons. People use them for self defense because they are lightweight, small and easy to carry.

Those who don’t appreciate lethal weapons use these stars for fighting the attackers. These allow them to stay away from the attacker and launch an attack from a distance. They are popular cosplay weapons as well. Specifically, those who are playing the role of Ninjas tend to have these stars in their hands.

The sporting throwing knives look like the normal knives but are designed in a way to travel straighter and provide accuracy. Kunai knives, on the other hand, are not like the original knives. Their shape and design are completely different. A kunai was originally a farming tool which was adopted by the Ninjas as a fine tactical weapon for fighting the enemies.

When it comes to the shape of a kunai, there is a ring at the top of the handle. The handle is a thinner one while the blade has a few edges with a point at the bottom. 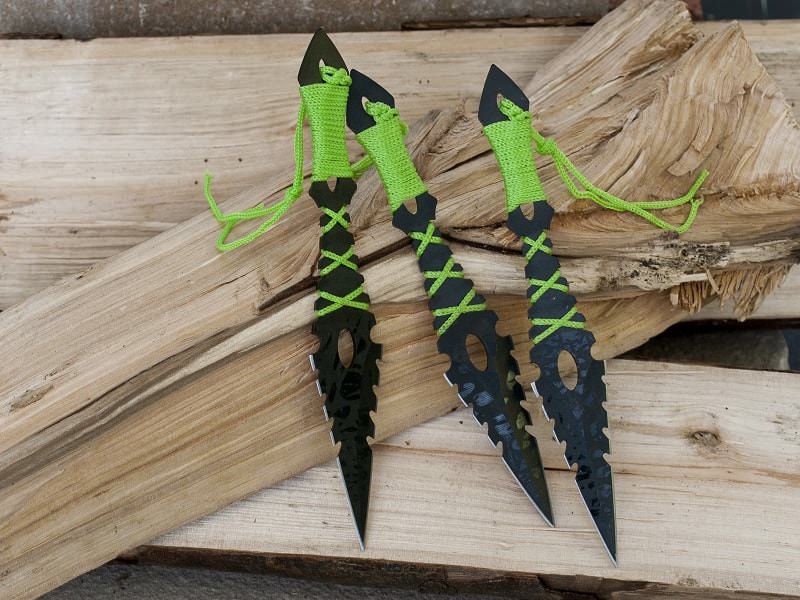 Ninjas used kunai knives in variety of ways. First of all, they used them for injuring their enemies by throwing the knives on them. Secondly, they used them for gouging holes in the walls. Hence, they were considered both the primary and secondary Ninja weapons. However, the shape of the kunai is not a specific one.

There are many other shapes with a few being narrow and a few being longer. As of today, kunai knives are often used as just the throwing knives.

It is a pair of two wooden sticks connected together using a rope or a chain. Many people don’t know much about the weapon, but those who have watched Bruce Lee on the big screen must know what kind of weapon it is. Bruce Lee used to perform certain tricks with the nunchucks and often used it for fighting his opponents. 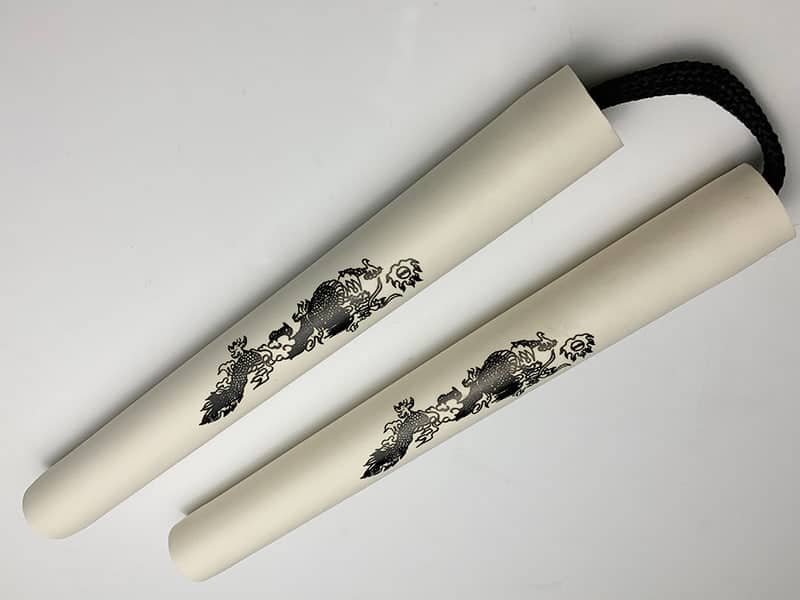 In the modern days, nunchucks have been used as the self defense weapons and ninja martial arts weapons. There are many martial arts schools that teach defensive skills using nunchaku. The students learn how to defend themselves with nunchucks and how to use it as a fighting weapon.

Many people use them as the self defense weapon against the attackers. This is a weapon that can be carried easily and is non lethal. So, this emphasizes people to use it as weapon for defense. However, no much is know about how the Ninjas used this particular weapon.

But, the Japanese and Chinese martial arts schools teaching how to use nunchucks is a sign that it was a primary fighting weapon. However, many enthusiasts have maintained a collection of these knives and use them for defense against the attackers.

Kakute is one of the smartest ninja weapons of all time. It is the least popular among the weapons on the list, but the most effective one. Kakute is a ring made of steel or iron which Ninjas used to wear on one of their fingers. It worked well as a punching weapon.

The ring itself was highly solid, but what made it effective was the spike included on the ring. There was often a single spike on the ring, but at times, there were two or three or more. However, the ring was worn on the middle finger.

A punch with this ring could be very brutal and cause a serious injury, specifically when punched in the face.

Kakute is another frequently used weapon nowadays. However, they have been transformed into self defense rings and keychains. This ring is worn by the people as a self defense weapon to deal with the attackers. They can give a powerful punch to the eyes or face of the attacker and cause a severe injury. 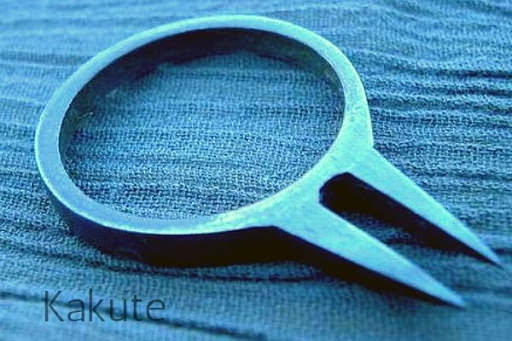 The spike has the power to work like a needle-point and a blade. Hence, you can expect a serious damage. So, this is the reason behind the popularity of this Ninja weapon.

Enrich Your Collection With Ninja Weapons!

Hence, this was our list of 5 most popular ninja weapons of all time. I hope you have learned a lot about these weapons, particularly, why they are popular among the general public. If you haven’t tried using these weapons, make sure to use at least one of them as they are the most incredible weapons ever designed!

Get these five popular ninja weapons in your collection and enrich your arsenal with badass historical weapons. You can use them for costume, decor and roleplay purposes! 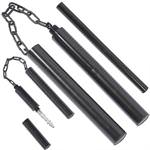 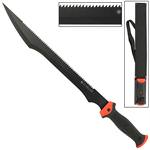 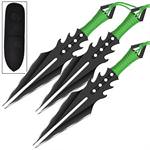 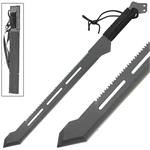 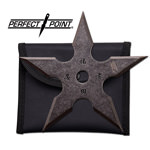 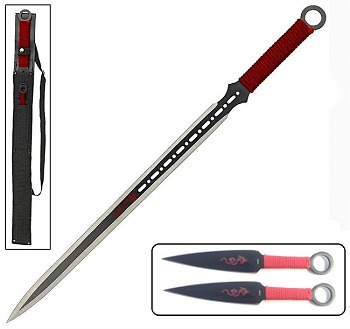 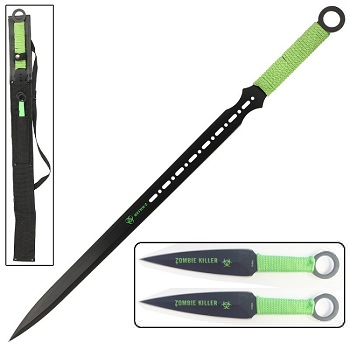 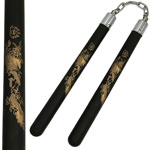 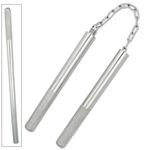 11 Inch Silver Aluminum Convertible Nunchaku
(2)
This Converta Nunchaku had a round design and measures 12 inches. When the handles are screwed together, it converts into a 24" police baton.
$4.40
0
Out of Stock 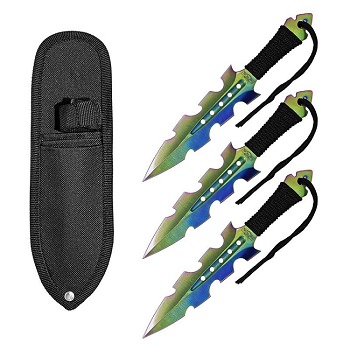