Stun Gun VS Pepper Spray - Which is Better for Self Defense?

Stun guns and pepper sprays are easily the two most popular self-defense weapons in America today. They are most commonly used weapons to deal with random attackers. Both are pretty advantageous when it comes to getting rid of the attacker in quick succession. But, which is better among these two?
Well, I come across this question quite often. Since I have been a user of both these weapons, I can compare the advantages and drawbacks of both of them to draw a conclusion.
So, let’s weigh the pros and cons of stun guns and pepper spray before we get to conclude which is a better weapon for self-defense. However, it is important to let you know how these two devices work, therefore, let's first know how they work!

How Does a Stun Gun Work?

A stun gun is an electroshock weapon and has the ability to deliver a strong electrical shock. It can be shaped like a cell phone, a flashlight, a USB or anything. In any case, there are two prongs on the device. You have to touch these prongs to the body of the attacker.
When these two prongs come in contact with the body, a strong electrical shock is delivered. As a result, the attacker is immobilized for some time. However, you should escape right away because he can get back on his feet when the effect reduces.

How Does Pepper Spray Work?

Pepper spray is a small bottle containing chili spray. Capsicum is the active ingredient in the spray. There is a push button mechanism, and you have to push the button while aiming at the eyes of face of the attacker to spray it.
When sprayed on the face of the attacker, it causes a burning sensation and forces the closure of eyes. Also, it causes temporary blindness and gives you a chance to escape before the burning effect is minimized.
So, now we know how these two self defense weapons work, it is time to compare them. Here is a detailed comparison of pros and cons of stun gun and pepper spray!

Stun gun produces quickest results. Remember it is an electroshock device that delivers a very strong electrical shock. There are two prongs on the device that are touched to the attacker to deliver an electrical shock. As this shock is delivered, it would immobilize him for a reasonable time. This happens in just a matter of seconds. Meanwhile, you get enough time to escape and save your life.

A stun gun is one of the easiest to carry self-defense weapons. Generally, it is a small device often shaped like a phone or torch. Hence, you can easily place it in your pocket. It actually fits into your pocket, but you can carry it in a bag or purse if you want. Small size and low weight cause no discomfort while carrying it.

A stun gun is just a device that has no blade attached to it. It sounds like a gun, but it does not feature any magazine or fire a bullet. Also, there is no push-button as well. All it has is a couple of prongs that do the job. Since there are no such parts attached to the device, no malfunction issues are faced by the users.

A stun gun is also the easiest to use self-defense weapon. Having said that it does not fire bullets, does not feature any blade and does not include a button. All you need to do is touch any part of the body of the attacker with its prongs. The electrical shock would be delivered straight away.

Most of the stun guns feature a flashlight as well. Also, they are shaped like a torch or a flashlight. The flashlight stun gun assists in providing light when it is dark outside. You can enlighten your path during your way back home and see any suspected attacker coming towards you from a distance.

The smart designs of a stun gun make it a worthwhile weapon. There are a few very interesting designs that can’t be detected by anyone. There are designs like cell phone, flashlight, and lipstick etc. One can’t identify the weapon you are carrying or using. 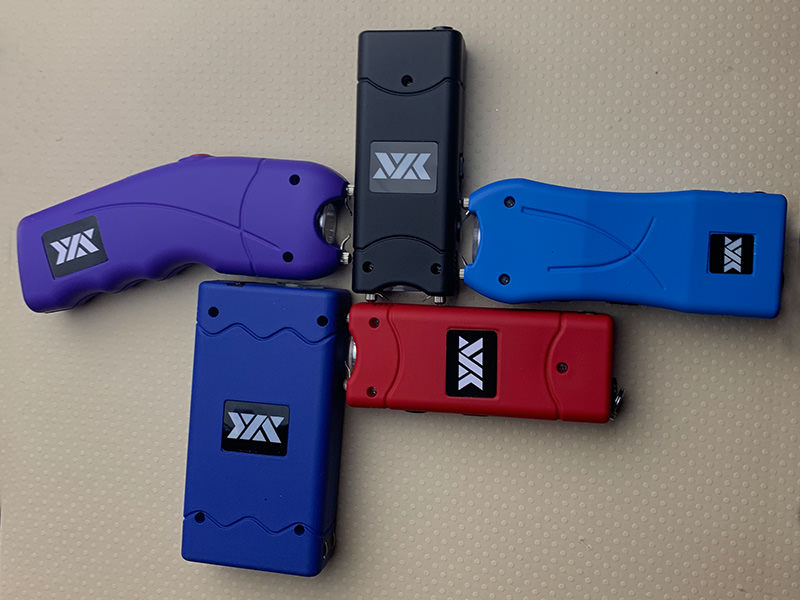 Need to Touch the Attacker

The biggest problem with the self defense stun gun is that you need to get closer to the attacker to use it against him. It only delivers an electrical shock when the two prongs are touched with any part of his body. You can’t do it while staying away from the attacker. But, getting close to him is always dangerous. Ideally, you want to do the damage while staying at a safe distance from the attacker. Sorry, this is not possible with this electroshock device.

No Real Injury to the Attacker

Since a stun gun does not feature a blade or a bullet, it can’t inflict a severe injury to him. With a weapon, your aim is to injure the attacker so that he gets a taste of his own medicine. In other words, you want to teach him a lesson by inflicting a long term injury. Unfortunately, this small device does not let you do so.

A stun gun can be extremely unsafe at times. You can accidentally damage yourself. The two prongs may touch your own body to cause immobilization to you. This would be the most dangerous situation when you are already facing an attacker.

Usable From a Distance

The greatest advantage of pepper spray is that it can be used from a distance. Remember it is a spray that has severe effects to a reasonable range. You can stay at a safe distance away from the attacker and spray it on his face. The impact would still be very severe. It would cause irritation to his eyes and lead to temporary blindness.

Pepper spray is another easy to use weapon. You don’t have to spend hours in learning the weapon. The mechanism is very simple indeed. There is often just a button to push and spray it on the face of the attacker. This is the simple method that works in your favor and lets you survive his attack.

Pepper sprays are also designed in different shapes. However, the common thing in all these shapes is the small size of the weapon. It is extremely small that it easily fits into your pocket. Then, it is up to you whether you want to carry it in a bag or a purse. However, ideally, you should be carrying it in your pocket,

Can Be Used Against More Number of Attackers

A stun gun only works against one attacker at a time. Sometimes, there are a couple or group that tries to attack you. In such scenarios, pepper spray works perfectly. The spray disperses around and causes damage to a maximum number of people that come in the way. Hence, you can deal with more number of attackers at a time with this spray. 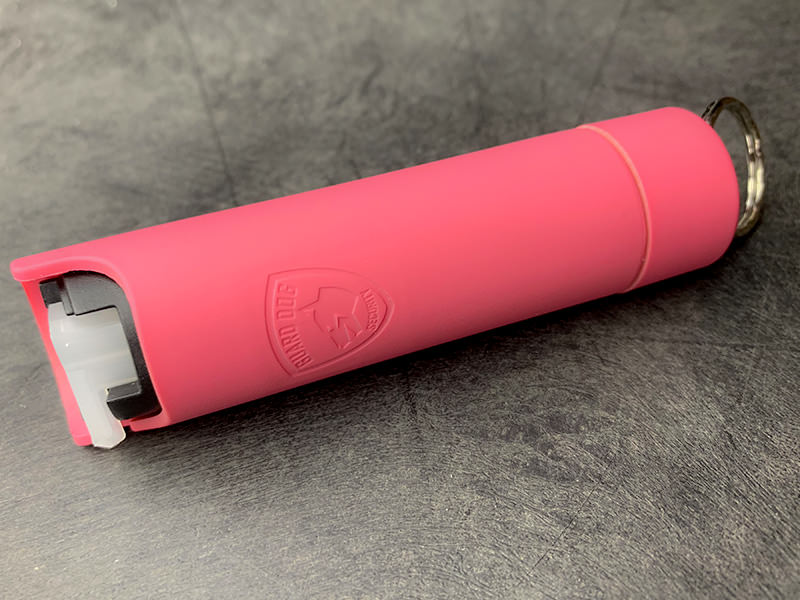 No Lethal Injury to the Attacker

Pepper spray often features a push button. You need to push that button to spray it on the face of the attacker. Hence, push button malfunction is always a chance with this weapon.

With a pepper spray, there is always a chance that you accidentally harm yourself. When spraying it around on a number of attackers, you may become a victim of the spray as well. This is where it can be a little dangerous for the user. Sometimes, a strong wind is blowing towards you, therefore, spray can come back to damage your eyes. Hence, the situation will become even worse for you to handle.

So, Stun Gun or Pepper Spray? Your Pick?

Weighing the advantages and drawbacks of both these weapons, I can say that stun gun has a slight advantage over pepper spray. Most of the pros and cons are shared among the two, but the additional advantage of mini stun gun is incomparable. Also, it is the easiest to use weapon because it has no buttons, magazine or blades attached to it. Hence, stun gun flashlight must be the preferred choice as a self-defense weapon.
Anyway, I would like to hear from you! What is your pick of the two? Is pepper spray your preferred choice? If it is, let me know the reasons in the comment section below!
SHARE THIS POST
Previous Post
Next Post 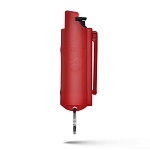 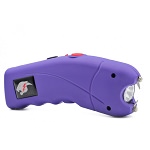 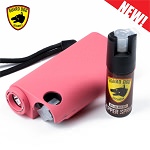 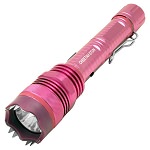 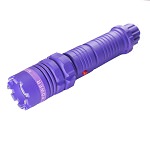 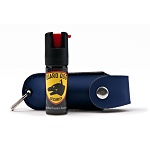