Similarities and Differences Between Taser and Stun Gun

Posted by Wholesale Blades on 2/17/2022 to Self Defense
Explore the market and you will find a massive range of self defense products. Among those products, the most fascinating are the electroshock weapons. Yes, there are two of them known as the stun guns and the tasers.
These two are the electroshock weapons that share a few similarities and the differences. There are a few features that are quite similar to each other while a few are quite different. It is important to identify those differences as well as similarities because many are found confused.
A few believe these are two names for one self defense device. However, both are different to each other in terms of using mechanism, appearance and range. Both of them are too useful and effective as self defense weapons. They can be ideal in dealing with the attackers and wild animals. But what’s similar and opposite in these two devices? So, here is a detailed review of their similarities and differences! 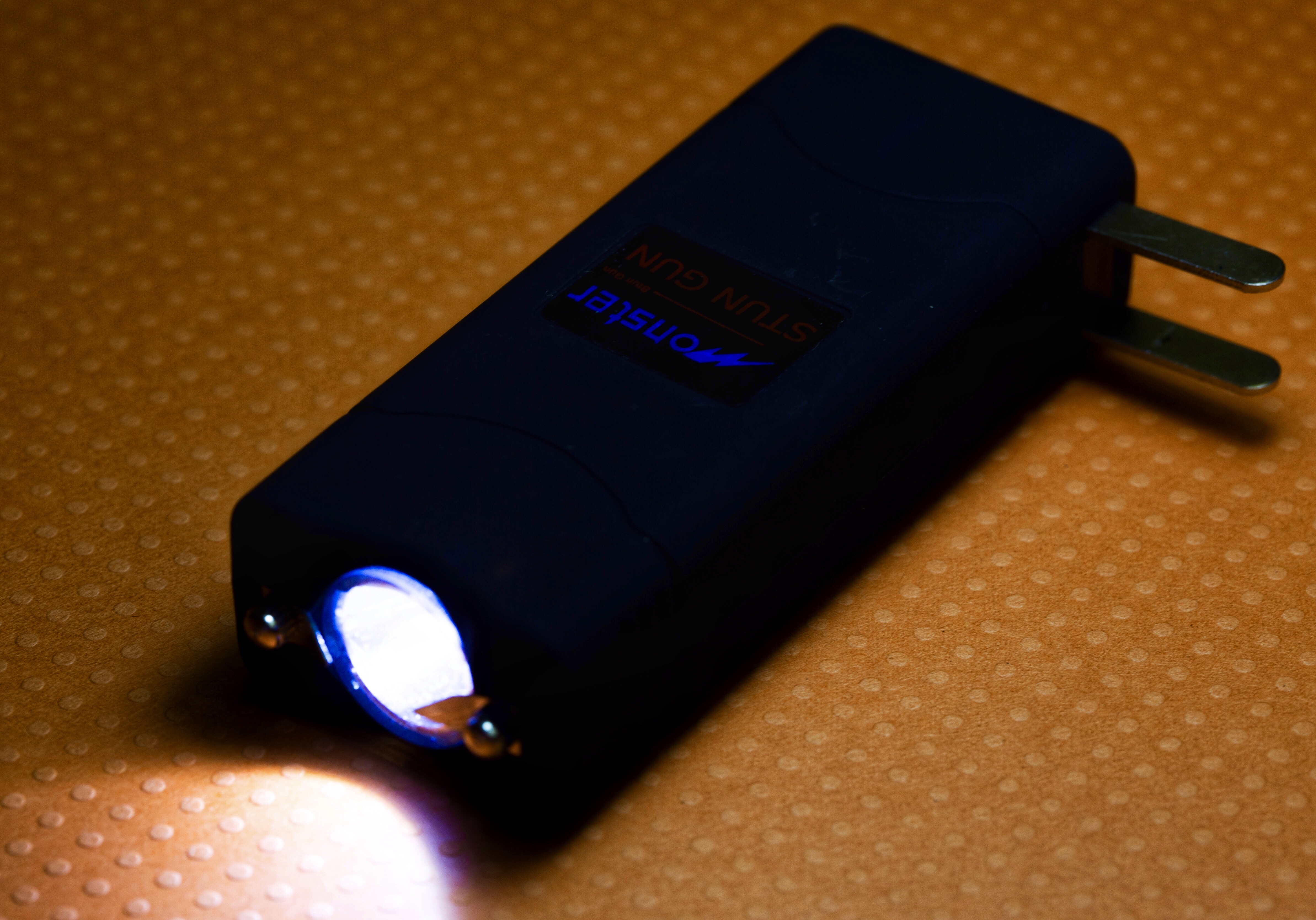 Similarities Between a Taser & a Stun Gun

As it sounds, these two electroshock weapons are quite identical. Specifically, they have the ability to deliver a strong electrical shock. Also, the sizes are too small considering both these devices. So, here are some of the similarities you can find in stun guns and tasers!

In any case, both these devices have the power to deliver a strong electrical shock and immobilize the victim. In addition, both these devices are mainly used for self defense. In addition, these devices are used for humane hunting in a few countries where it is illegal to use other hunting weapons. You first need to immobilize the animal before using another hunting weapon to kill it. This is why in a few countries stun guns and tasers are used as hunting devices.

Another similarity between these two devices is the small size. No matter what the device is, it is too small that it fits perfectly into the pocket or any other small purse or bag. First, consider the taser, it looks like a small pistol and is too small. It is smaller than a normal pistol though. It can easily fit into your pocket. So, the small size allows you to carry it in the pocket.
On the other hand, there are different types of stun guns. The appearance may differ between them but the size is almost the same. In fact, the small size is the factor common in all of them no matter a lipstick stun gun or any other. So, whatever the design or shape of the device is, it is too small that it can fit well into the pocket. So, you can carry it in your pocket or your small purse or bag. 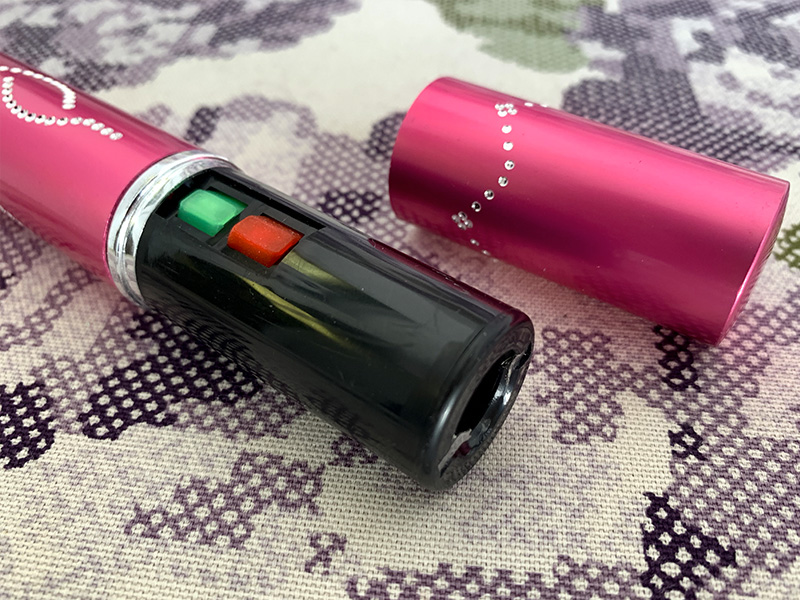 Another massive similarity between the two electroshock devices is the impact. Both these devices can deliver a strong electrical shock and can cause severe damage. First of all, when someone is tased using a taser, he is immobilized for a long time. He is down and he loses control. However, he can get back on his feet after some time.

On the other hand, the impact is similar to a stun gun as well. When someone is stunned using a stun device, he  is immobilized for a long time. He is down and he loses control. However, he can get back on his feet after some time. So, in both cases, the victim is immobilized for a temporary period of time. Therefore, both these devices are non lethal and don’t cause permanent damage!

Differences Between a Taser & a Stun Gun

Just like there are many similarities between these two electroshock weapons, differences exist as well. These differences range from the using mechanism to the shapes. There are different ways to use or operate them and they look quite different to each other as well. Let’s explore all those differences!

The major difference between the taser and the stun gun is the using method. Both these devices are used in a different manner. Though both are electroshock weapons and have a similar effect but the way they are used differs. First of all, a taser is used like a real pistol. It has a trigger mechanism and we are all familiar with this framework. You have to pull the trigger to shoot electrodes, and that’s it. The electrodes do the rest, however, you have to aim at the body of the attacker.
On the other hand, a stun gun is used in a different way. It comes in different shapes and designs and on each of them, there are two prongs. What you have to do is to touch these prongs to any part of the body of your opponent or the attacker. As he is touched with these prongs, a strong electrical shock is delivered. That’s how it works! Anyway, both these devices are quite easy to use!

Second thing which differs between these two devices is the appearance. First of all, a taser gun sounds like a gun and looks like a real gun as well. It looks like a small pistol and is usually smaller than a real pistol. However, there is no other shape you can find in these devices.
Stun guns come in a massive range of shapes and designs. That is why the appearances differ in these devices. You will see a cell phone stun gun, USB guns, flashlight devices, stun batons, and many more.  Also, you will find these devices shaped like lipsticks. So, there is a great variety in these electroshock devices. 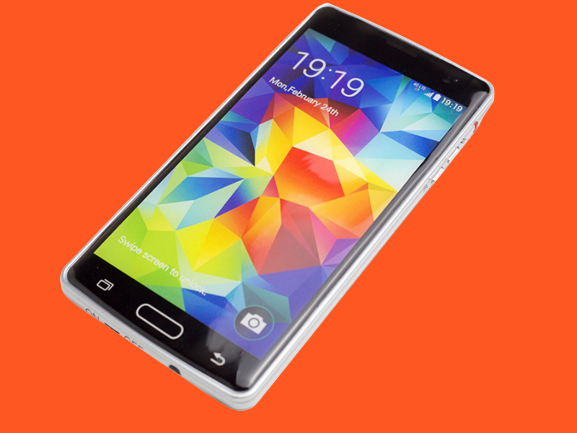 This is a massive difference when counting the differences between these two electroshock weapons. The problem with a stun gun is that it can only be used once you are too close to the attacker. For instance, you need to touch the prongs on the device to his body. For this purpose, you need to actually be too close to him. Remember, this is a dangerous move and can cost you!
On the other hand, a taser shoots electrodes, and these electrodes can travel to some distance. They have some good range. There is no need to go too close to the attacker. Rather, you can stay at a safe distance, and pull the trigger to shoot electrodes to cause an electrical shock and immobilize him!

Which is Better - Taser or Stun Gun?

This is a hard question to answer! Both the taser and the stun gun are excellent for self defense. However, there are a few advantages and drawbacks of both the weapons. Considering the intensity of those advantages and drawbacks, you can make your decision. A stun device is easier to use, easier to carry but requires you to be too close to the attackers. A taser can be used from a safe distance.  So, the choice is yours!

Also Read: Stun Gun VS Pepper Spray - Which is Better for Self Defense? 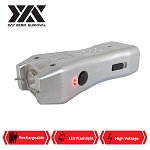 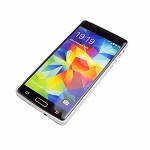 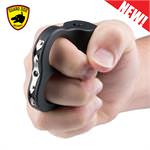