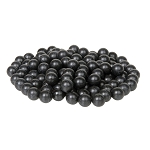 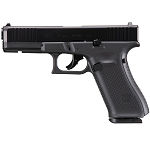 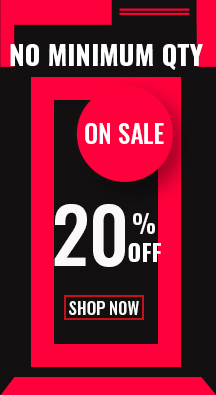 T4E Glock 17 .43 Cal Training Pistol Paintball Gun Marker Self Defense Weapon
It has been re-engineered for optimal performance. Powered by compressed air (CO2), the T4E Glock 17 Training Pistol shoots .43 caliber round kinetic and/or chemical irritant projectiles that can disable a threat from up to 120-feet away. It is an incredibly powerful and non-lethal self-defense weapon.
$318.00
7
In Stock

T4E Premium .43 Caliber Powder Ball Ammo, 500 Count Jar
These .43 caliber powder balls are developed for the T4E training platform. Consistent and reliable, these .43 caliber projectiles fly true and break upon impact leaving a dust mark on the target. This ammo is filled with inert powder which makes it the logical choice for training.
$56.00
15
In Stock

Wholesale Blades comes up with an extensive collection of paintball pistols for sale. We have just updated our stock with some masterpieces. Explore the collection now and find the best paintballs and buy at wholesale prices. Our wholesale rates are 90% less than retail prices. So, grab your favorite paintball guns at such reduced prices. Compare our wholesale prices with others to identify the massive difference. Browse through the selection above and shop now!

What is a Paintball Pistol? How Does it Work?

A paintball pistol or paintball marker uses a short burst of controlled air for firing a paintball round from the end of the pistol’s barrel. This gas is contained in a CO2 canister attached to the pistol. Paintball rounds are fed using a hopper into the internal firing assembly. Rounds leaving the hopper for the firing assembly remain in place until you pull the trigger to unleash a shot.
A paintball pistol is an excellent self defense weapon. It works almost like a real gun, producing a realistic sound. Paintballs hit hard and can cause severe damage. Also, we stock the pepper balls that can be fired through paintballs to cause even more damage. After hitting hard, the effects of pepper can be felt by the attackers and wild animals. This is how it works perfectly as a self defense pistol.
Moreover, our paintball pistols can be used for target practice, military training, and more. You can test your shooting abilities with it. Build a target and start hitting it, know how accurate you are with paintball shooting. Want to buy some? Explore the vast collection above and shop your desired paintball guns in bulk at extremely economical prices.

Shop Paintball Pistols in Bulk From an Extensive Variety

At Wholesale Blades, we stock every paintball pistol you are looking for! We have such an extensive collection that includes .43 caliber pistols that are quite rare in the market, and .50 caliber pistols. Moreover, we offer paintball rounds, including pepper ball rounds, reusable .43 caliber rubber balls, powder ball ammos, and more. Browse the selection of self defense paintball pistols and buy in bulk at 90% less than retail prices.

How can you miss our discount? Now buy 6 or more similar paintball pistols and grab a great discount of 20%. Apart from the cheapest wholesale prices, we let you grab a flat 20% off on buying 6+ similar items. So, boost up your retail business now, and shop our wholesale paintball gun pistols. Enrich your offerings with masterpieces and make people rush your retail store. Make massive profits and take your business to the next level. Grab your paintball pistol now at the most economical prices and don’t forget to avail the discount.