Ninja Stars - Things You Must Know About These Tactical Weapons

Since I came to know about the Ninja Stars, my interest in these weapons was on a rise. I have learned a lot about this ancient weapon in the recent times. Therefore, I just want to share with all of you what I learned regarding the weapon.

I hope everyone out there knows what a Ninja star is? Anyways, I would like to briefly describe what this tactical weapon actually is.

Ninja stars are also called Ninja throwing stars because they are in fact the stars that are meant to be thrown. A throwing star features a few edges, but the shapes may vary along with the number of edges.

The reason why it is associated with the Ninjas is because they were first used by them as the tactical weapons for distracting their enemies. They threw them to cause injuries and distract them to gain an upper hand in the war. Basically, it worked as a weapon for maiming, not for killing.

As ninja stars have become a crucial subject of debate, I believe it is necessary to uncover some interesting things about them. So, here are the things that you all must know about them!

Less is known about the history of throwing stars, but there are evidence that they originated in Japan. In the Japanese language, they were popular as shuriken, with shu means hand, means release and ken means blade. That makes it a blade to be thrown.

It is sometimes known as a hidden blade in the hand. When we dig down the history, we figure out that there were two shapes of these stars, including the Hira shuriken and the Bo shuriken. The Bo shuriken had straighter blades and were more like spikes with just a single or a couple of pointed ends.

The hira shuriken is the one that is still popular which was flat. They had more than eight points on thin metal places.

What is believed about these weapons is that they were used by the ancient Japanese warriors, specifically Ninjas against their enemies. I believe everybody here knows about the Ninjas, one of the greatest warriors of all time.

They were ancient Japanese warriors who used shuriken to their advantage. Though they had swords and other lethal weapons, throwing stars were still used by them. Why did they use these stars when they had swords to deal with their enemies? The answer is “for tactical purposes”.

The history suggests that ninja stars were used as tactical weapons. They were thrown on the enemies to cause some head injuries. It is also believed that at times, they were placed into the ground to cause injuries to the feet of the enemies.

To gain an upper hand in the war, the warriors could use any strategy or tactics. So, they would dig holes and place the stars in them with their edges upwards. As the enemies walked over them, they suffered foot injuries. Also, they could be thrown from some distance to cause injuries to the heads.

In this way, Ninja throwing stars worked as excellent tactical weapons for distracting the enemies. The enemies would find themselves in trouble once they are hit by the edged stars. Also, this would divert their attention from the war. Taking the advantage of the situation, the Ninjas would launch an attack and end up winning the battle.

Shuriken had a secondary role to play during wars. They caused nuisance as they were thrown on the targets. The targets with the stars were often face, nose, eyes and neck. This is because these were the sensitive areas where they could cause a severe damage.

In addition, the stars often hit and lost and left the victims confused about what happened to them. When they were embedded in the ground, they injured who stepped on them. At times, they were wrapped and coated with poison so that the enemies pick it up and end up getting poisoned.

Wasn’t it a perfect way of distracting the opponents? So, what I learned about the Ninja stars is that they were in fact used for tactical purposes like maiming and never for killing.

One of the earliest ninja stars was the Bo shuriken. It consisted of straighter iron or steel spikes. They often included four sides, at times were round. As they were constructed long time ago, several everyday items were used for building them.

Most of them were known for the materials used for constructing them. So, there was no specific material used for their development. The earliest of them looked like a spear but could cause severe impacts. Also, they were like throwing darts that were thrown from some distance to cause injuries to the faces and heads of the enemies.

Hira shuriken is more like a modern ninja star though constructed a long time ago. Not too sure about the number of edges on the earliest of them, but there were quite a few, often a couple. However, they are now recognized by the number of points featured on their blades.

They are associated with specific martial arts schools, like Bo shuriken because different schools use different blades.

The Mani shuriken is sometimes called hooked style throwing star. These stars have four corners that are often hooked outwards. This assists in gaining better grip on the weapon. Also, they stick more viciously onto the enemies. These are one of the stars that can serve stronger cuttings. When hit that target, their cutting capabilities cause serious injuries.

Happo Shuriken feature a very solid central part which is surrounded by quite a few (typically five) points. A few of them also have small holes at the central part and are believed to be heavier compared to several counterparts.

The properties that define the Juji shuriken include its unique shape. This ninja star is sometimes known as yajuji. The points featured on this star are shaped like arrow head. They are designed to give a barbed-like impact of sticking into the target. Removing these stars can be very tricky and painful.

Ninja throwing stars are still popular among the enthusiasts today. However, there is a vast variety available in the markets. Unlike the ancient Hira shuriken and Bo shuriken, there are plenty of different shapes and designs of these stars.

If you head to the market to get some throwing stars for you, there is a great selection to choose from. This is because the purpose of usage of these stars has altered. Also, the manufacturers have brought some diversity, so you can now find lethal and non-lethal ones in the market. A few are made of metal, steel while a few of softer materials.

Ninja stars are being used for self defense because there are spikes featured on them. These spikes can be used for inflicting injuries to the attackers. They are also used in cosplay and LARP where people put on different costumes and play the roles of their respective characters.

Specifically, if someone is playing a Ninja, he must have these throwing stars in his hand as the iconic ninja weapons. There is no issue if you carry them for cosplay purposes. But, if you are carrying for any other purpose, you must acknowledge the laws of the states you are residing in.

Several states have prohibited carrying them. So, before you decide to get Ninja stars for you, know the legalities of your respective state regarding the weapon. 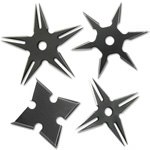 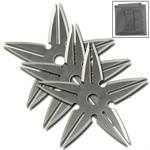 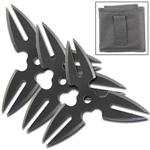 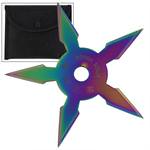 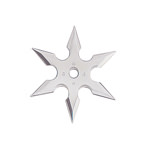 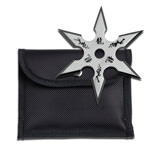 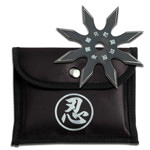 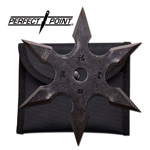 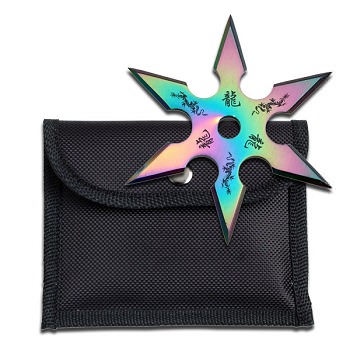 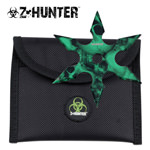 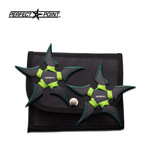 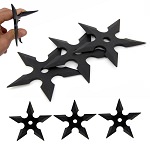 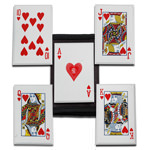