Nobody is afraid of judgment, bullying, or laughing at them. If you dress up as your favorite character and use your favorite cosplay weapons, you can pretend to be that character. The thing is, even if you have a small budget, you can still come up with an original idea and dress accordingly.
Getting to a cosplay party does not require spending thousands of dollars. Cosplay parties have been attracting many people to gather with their friends and families for a long time because of factors like these.

Due to the popularity of cosplay, costumes and weapons are commonly found in markets and online stores. Getting your cosplay costume and weapon together is no easy task, but if you have a passion for manga and are new to cosplay culture, here are a couple of things you should keep in mind:

Decide on a Budget

To resemble the original look of your favorite character, you will need a wide variety of items. Cosplay tools, shoes, wigs, costumes, and jewelry might be needed. You shouldn't just rush to the store. Choosing the best deal would require comparing prices from various retailers.

In my opinion, a website is the best place to get cosplay costumes and weapons. It offers a wide variety of costumes and weapons. Simply scroll through the products, read relevant reviews, and pick those you like, as well as those that are in your budget range.
Online sellers often offer free shipping and discounts when selling anime costumes and cosplay weapons. It will save you a significant amount of money, as well as get you a truly incredible costume for the next time you participate in a cosplay event.

To avoid losing these weapons, you must carry those made of lightweight materials, such as light cardboard, foam, light wood, and light plastic.
If you want to avoid carrying real guns, airsoft weapons, paintball weapons, metal knives, firecrackers, and props made of hard materials, such as fiberglass or hardwood, when putting together your costume and prop weapon.

When it comes to cosplaying, weapons are essential. Accessories and weapons make up any costume. Stores worldwide provide countless kinds of weapons you can choose from. It is quite common for people to buy a lot of cosplay weapons during the cosplay season. Listed below are a few examples. 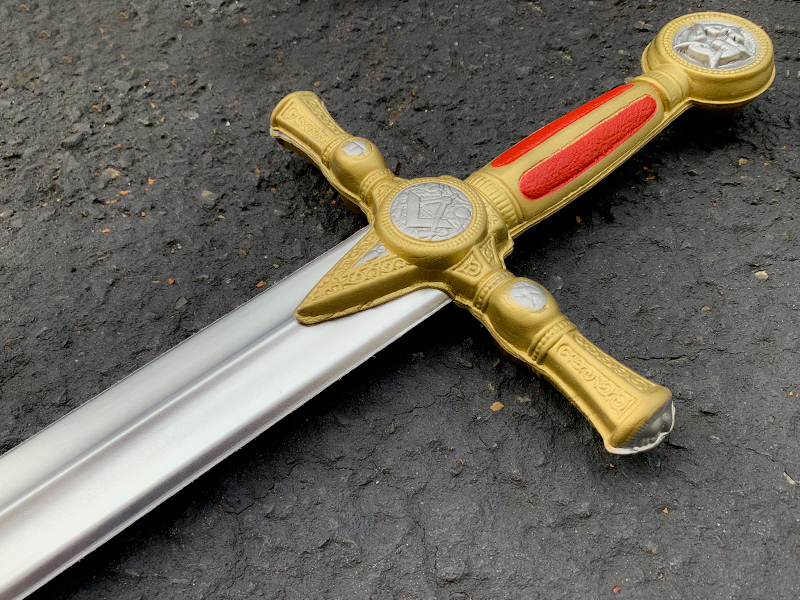 You will need cosplay swords this season if you want to look like a king or soldier. Costumes will be incomplete without cosplay weapons.  If you don't have a cosplay sword to accompany your costume as a knight and king, then you'll be left with just a costume that's nothing special.
In order to win in a cosplay contest, you need to carry and wear your costume so that its essence remains intact. The swords are constructed entirely of foam and never have real blades. There is a rule for every cosplay event that there cannot be any real weapons.
Foam weapons are carried because of this reason. It is the only type of weapon allowed at such events since foam weapons are safe and do not hurt anyone.  While they are made of foam, the cosplay swords are designed just like their real counterparts.

Additionally, they look as authentic as the real things and are hard to detect as fakes from afar.  Its shock-resistance and reliability make it ideal for cosplay. However, there are several foam swords that have become famous over the years. Check them out.

There is a huge following for the video game The Legend of Zelda. It is one of the most popular games for kids, teens, and adults alike. You must have heard about this one if you are a video game lover.

Among the many weapons in the Japanese anime video game The Legend of Zelda, the sword of Zelda is arguably the most renowned. The fans of this video game love all of these weapons, but there is something special about the sword of Zelda.  I believe that it has something to do with the sword's magical properties and its capability of finishing the evil.

In some regions of the world, the sword of Zelda is called the Sword of Resurrection or the Zelda Sword. Other names include Time Sword and Sword of Resurrection. A unique guard is the main attribute that sets the sword apart from other swords because it is quite beautifully designed. Both wings of the guard extend from the blade, creating the shape of a wing.

Shields are well known to everyone. Don't you think? They are defensive weapons that protect against enemies. When a knight or soldier stepped out to engage in a fight or battle, they used them to protect themselves from sword attacks from the opposition. If you want your costume to shine, you should carry your cosplay shield as well. 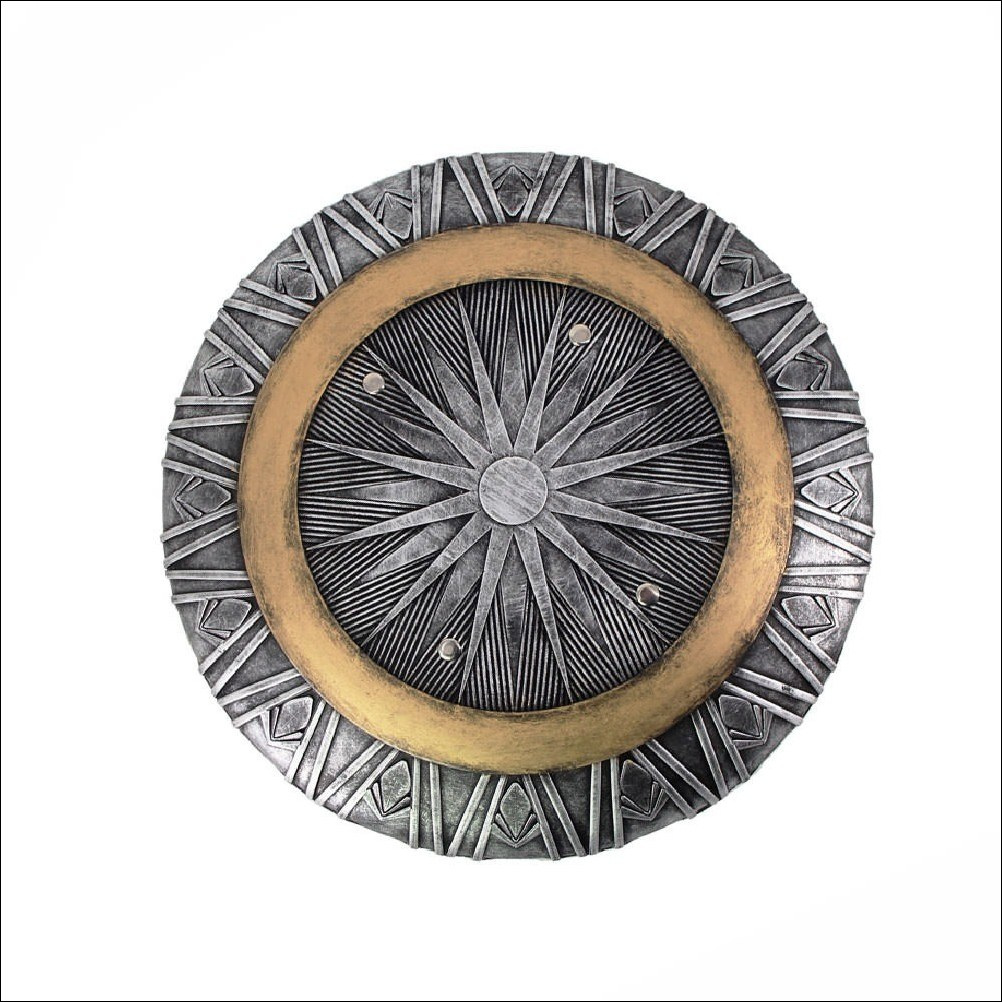 In those days, shields were made of metal, and were capable of sustaining a lot of force without breaking. The only means of defending themselves in battle was a sword and a shield, so soldiers were trained to use them effectively. Swords were used to combat opponents and shields were used to block their attacks.
In terms of design, Cosplay shields are very much like real shields, but they are made out of foam instead of metal. Therefore, these cosplay weapons are absolutely safe and will not cause harm to anyone. However, the foam in these weapons is hard and not soft, so they are not as easy to break as other weapons.

If you're looking to dress up as a cop or a thief, a cosplay gun is a great accessory. Guns are a necessary part of any policeman's or criminal's armament. Do you agree? These weapons for cosplay are usually made of rubber instead of metal and usually do not simulate actual weapons. 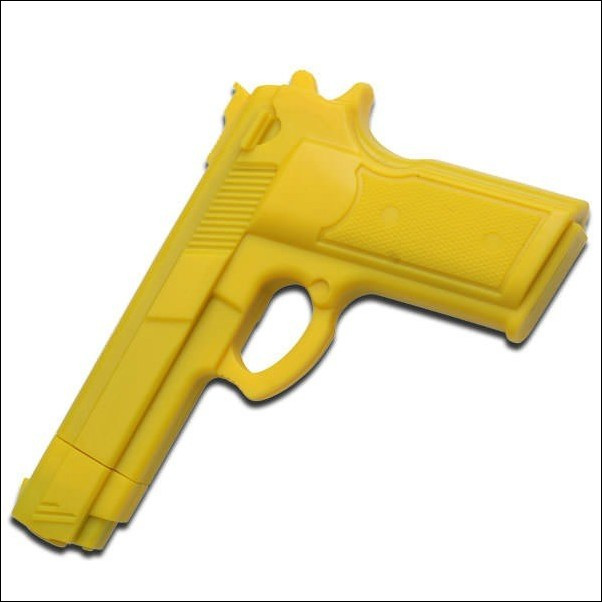 For all you cosplayers who want to look like a police officer or a gangster this Halloween, here are five weapons for you. You'll see orange tips on the barrels of these guns. From a distance, the guns appear just like real ones. In fact, this is the most distinguishing feature of these guns, which sets them apart from real guns.
BBs are also not real bullets, they are tiny, plastic spherical objects that are used in these guns rather than real bullets. Markets usually have orange BBs, but you will also find red and green BBs. LARP and cosplay events allow the carry and use of these weapons because they are quite safe.

As with other cosplay tools, Cosplay Knives are not real, but they are quite popular among people. The blades of these knives are made of plastic and are not sharp. It is very interesting to observe the intricate patterns on these knives since they are not harmful.
In stores all over the world, you will find a wide variety of these cosplay tools and the best thing is that the designs are endless so you can pick exactly what you want.
Knives with fixed blades and knives with pocket clips fall into two main categories. For those dressing up as hunters, you can have a hunting knife or a bowie knife. For example, if you wish to be a gangster or a policeman, you can bring a combat knife or a military knife with you. As long as you dress according to your costume, the variety is unlimited.

Cosplay masks are an important part of making your character look complete. Sometimes, a mask is all you need for your costume! Cosplaying allows you to dress up as your favorite characters. When you are cosplaying, you can either be normal or unreal. But the moment your character wears a mask, it becomes a whole different experience. 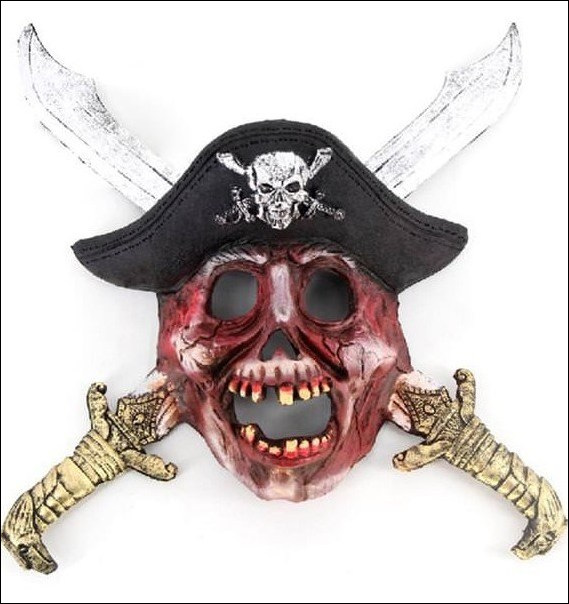 You aren't just cosplaying anymore, you are actually embodying the character itself, and the mask is what completes you. Therefore it is important to purchase the right masks for your character.  With all the different styles of masks out there, it may seem hard to find one that fits your needs and also works alongside your costume.

Cosplay is a form of performance art in which participants wear costumes and fashion accessories to represent a specific character or idea. Participants often engage with the character or persona adopted, as well as the audience, either by adopting appropriate mannerisms or speech patterns, or by providing commentary on social and cultural topics.
Some cosplayers alter their appearance so greatly that they are unrecognizable. The practice of dressing up in costumes and role-playing is often seen as an important part of pop culture history for costumed characters and their derivatives. It is possible for you to choose from a number of cosplay weapons depending on your interests.
SHARE THIS POST
Previous Post
Next Post 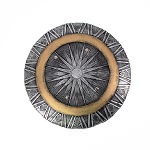 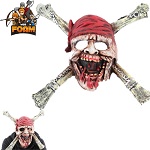 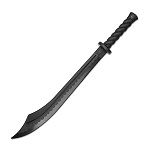