Breathtaking Swords for Sale Under $70

Swords are quite famous because of their bloody history. Their history may be marred and scarred with countless battles, combats, fights and deaths but it is quite remarkable too. Swords were the primary weapons to be used in wars and combats long before the origin of firearms i.e. guns and rifles. A sword was considered as a symbol of grace, honor and valor for a knight or a warrior and his sword defined him. Sometimes, the swords also bore a mark or an emblem of a particular estate or a civilization. Swordplay was considered as a must learn and the most practiced art at that time, partially to become a warrior and partially for a person’s own defense. A famous quote was a very strong belief of the people of that era.

It is not as if swords were only made in that era. They are even made and are available in markets today, however, they are not the preferred weapon. Then why do people buy them and why do they sell so much? The reason is that most of us are great lovers of history so people keep swords as mere historical artifacts and use them for display purposes. Some people are so crazy that they spend so much money in buying the best and renowned swords and then pass those beautiful pieces to their next generations as family heirlooms.

Sword is one word that defines this weapon but all swords were not the same. There are many different kinds of swords, each one of them either belonging to a different time or a different civilization. There are some swords which are not historical swords but are the creations of today's world to be used in anime series, cartoons and movies. So, yes the variety is simply endless. Now, I think that you are quite fascinated by the idea of swords for sale, so let us have a look at some different types of swords for sale that you can get your hands on at very reasonable rates.

Medieval era was the era from 5th to 15th century. It started on the fall of the Roman Empire and lasted till the beginning of the Renaissance period which is quite famous for the technological and other advancements. The Medieval period is further divided into the early Medieval era, Middle Ages and then the late Middle Ages. There were many things that are still famous about Medieval era and one of them are the Medieval swords. 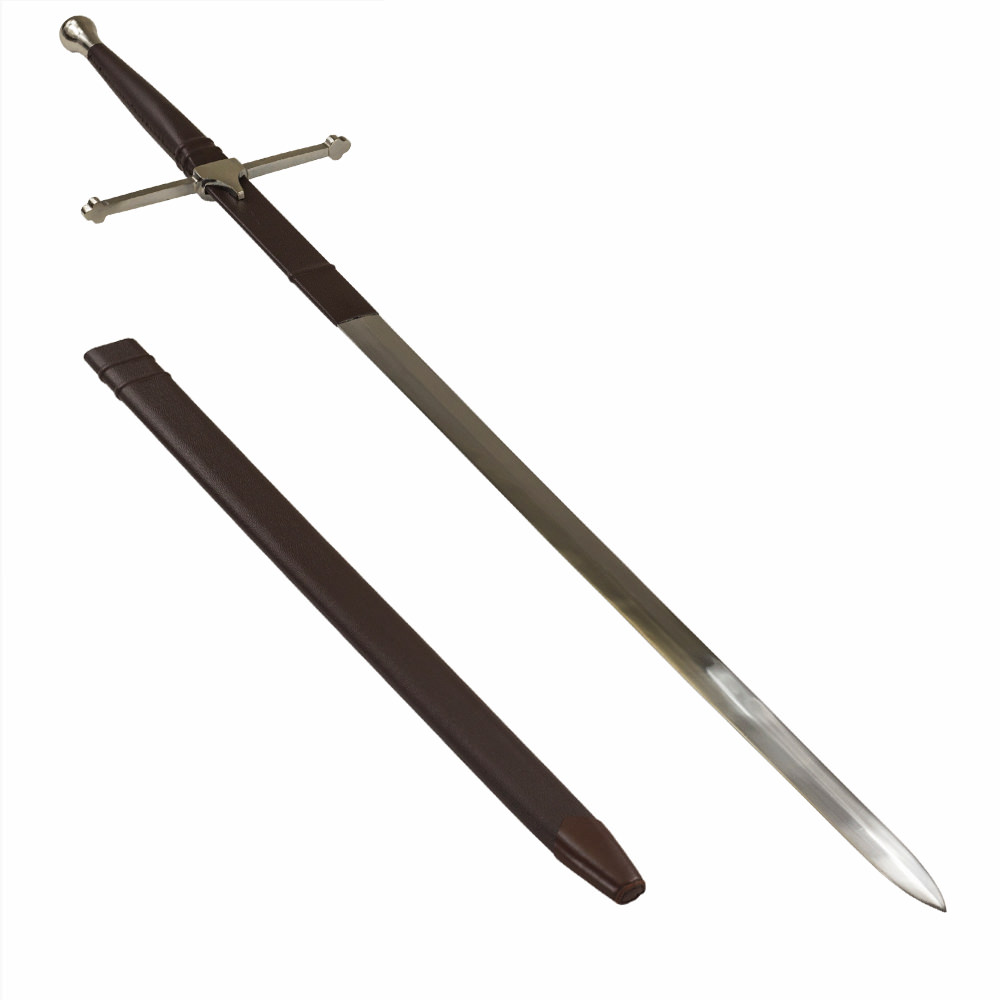 The William Wallace Two-handed sword is the sword of Sir William Wallace who was a popular figure of Scotland. He was known as the guardian of Scotland and his sword was named as the Claymore. This beautiful sword is known for its grace and simplicity. It has an overall length of 56 inches and a blade length of 42 inches. The blade is made up of carbon steel and has a double factory edge. The sword has a polished and sleek look and has a handle wrapped in brown vinyl leather with a silver guard. This sword comes with a beautiful matching brown leather scabbard which makes the sword to be kept and carried around easily and safely as well. 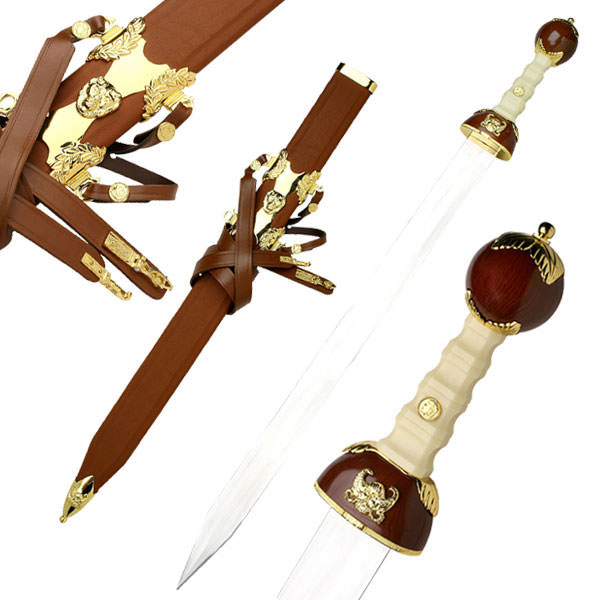 If you have seen the movie, “The Gladiator” or if you are an history lover, then you must be familiar with the renowned Gladiator sword. This Maximus Roman Gladiator sword is an exact replica of the sword featured by Maxims in the movie “The Gladiator”. The overall length of the sword is 40 inches. This sword is very beautifully constructed and features a sharpened stainless steel blade. The guard of this sword is very elegant and finely detailed having wood grain finish and brass toned accents on it which compels the onlooker towards it. The polished wooden pommel and the simulated ivory handle further adds to the beauty of this sword. This sword comes with a hard leather scabbard that features a belt for safe and convenient carry.

Are you a fan of the fantasy world and all the magical creatures that are a part of it? If yes, then fantasy swords are the ones for you. Fantasy swords are the swords that are featured in fantasy series. They features all the designs that you so dreamed of in your childhood and who knows may still dream of i.e. pirates, fire, dragons, witches and so much more. 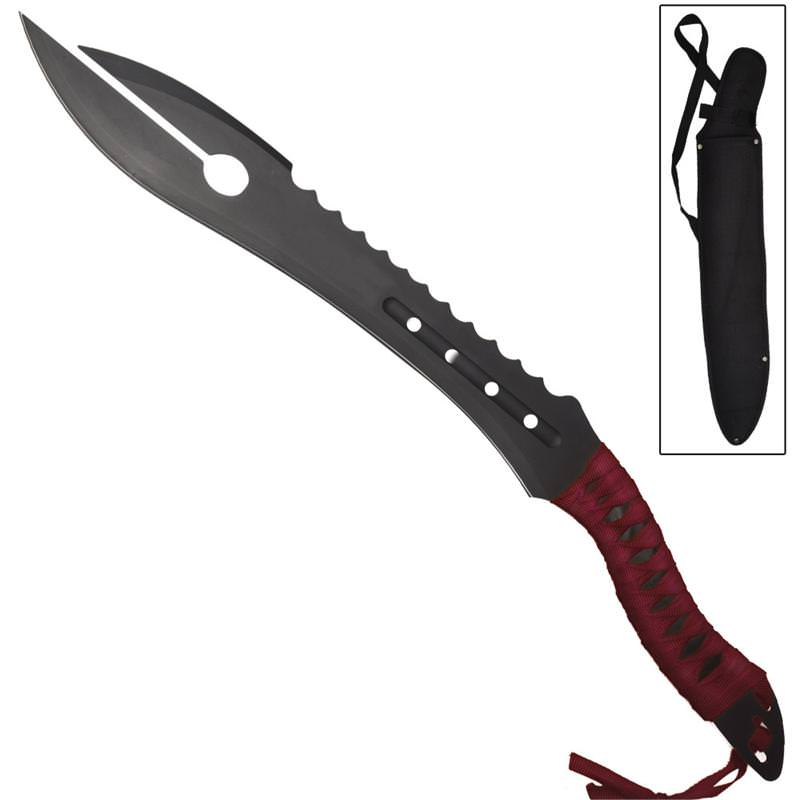 The Ritual killing full tang sword is the fantasy sword that looks quite evil and dreadful. It definitely looks like the one that can be used to perform rituals and stuff. It is a single piece of black anodized steel which is long-lasting and strong. The blade features various cutouts and fuller on it that makes it light-weight as well. You can easily swing this sword through the air and be done with the deed you want to perform. The sword looks quite terrifying mainly because of the faux saw back and a fork present in the blade. The handle of this sword is wrapped in faux leather and have wooden cushions underneath for convenient and secure grip. It is a 25 inches long sword with a blade length of 16 inches and a handle of 9 inches. This sword makes everyone fear who comes its way. It comes with a black nylon sheath featuring a shoulder strap that makes this devilish sword easy to carry. 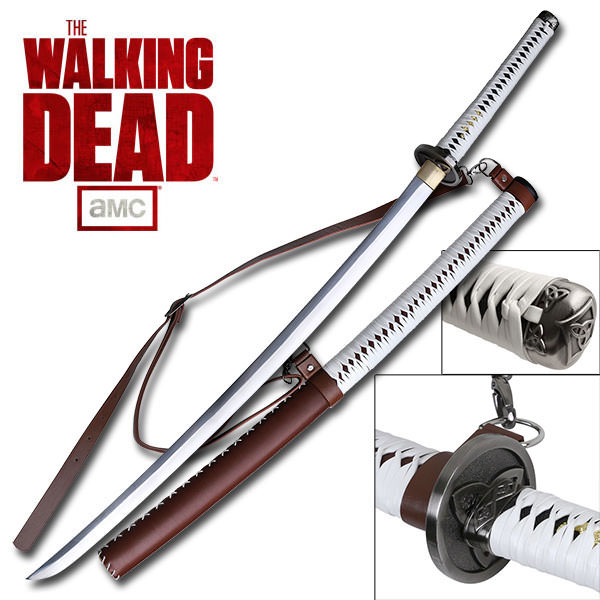 The Walking Dead Officially Licensed Michonne sword Katana is the official AMC sword and is the exact replica of the one featured in the Walking Dead series. It is designed like a Katana which is the famous sword of the Samurais of Japan. It has an overall length of 40 inches and has a blade which is 26.75 inches long and is made up of high carbon steel. The blade has a thickness of 6.75MM and a handle fully constructed of aluminium alloy. The true beauty of the sword lies in its handle which is covered with a wrap made up of leather and real ray skin. This sword also includes a leather shoulder strap for safe and easy carry.

Ninjas, as we all know were the poor peasants and lived on Japan’s largest Island. They were poor but were quite witty, clever and intelligent. They were known for their false ways and stealthy nature. They were famous for evading enemies and carrying out assassinations. Ninjas designed and constructed a lot of weapons which were used to kill or evade the enemies. A few of them are the Ninja swords, throwing stars known as Shurikens and Kunai etc. The Ninja sword was one of the most prized possessions of the Ninjas. It was their primary weapon which they used in battles and combats. A Ninja sword is known to have a straight blade and a square guard. This sword was used by Ninjas to kill of course but they also used it for other purposes too i.e. to climb walls etc.

The Samurai swords are most commonly known as the Katanas. Samurai were the nobles of the feudal Japan and were also known as the Bushi. They were known for their valor, high manners and class. They were mostly involved in military and political matters. The Katana is one of the most elegant and classical swords of all times. It is said that no blade could break the blade of a true Katana and it would take months to make one. In today’s world, there are only two people who make the Katana like it was made so many years ago. The distinguishing feature of a Katana is its curved blade and a round guard. It generally has a long grip to facilitate a strong and secure grip with two hands. This Japanese sword is quite famous nowadays and people spend a lot on buying the best of them for collection purposes.

Foam swords are the perfect option for you if you are looking for some safe swordplay. These are made up of foam and are quite safe. They look like real swords and you wouldn’t even detect that if you only have one look at it. They are mostly used in LARP or cosplay events where you can easily take the look of a knight or a warrior and carry their famous sword with you. So, if your cosplay or LARP event is around the corner then you must browse foam swords and you will be enthralled to see all the fascinating options available out there.

Whether you want to be a knight of Medieval era, a Ninja, a Samurai, a movie star or an anime character, you can now easily become one of them by acing the costume with foam swords. The best thing about them is the safety and sense of realism these swords provide. They are flexible yet durable enough that you don’t have to worry about them breaking in half. Some of them are even shock resistant. You can even give them to your kids in order to have some fun around with them. So, if you want foam swords for sale, then you must browse them and see what amazing options are available in stores nowadays.

Swords for sale are available in a huge variety nowadays and that too at very reasonable rates. So, do tell us which one of the above-mentioned swords fascinates you the most? 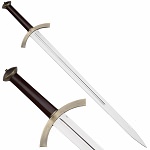 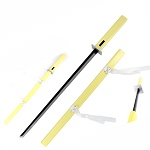 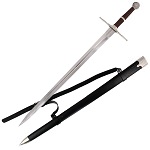 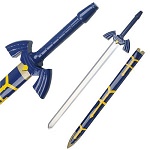 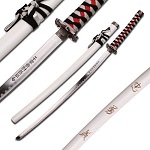