"Nunchucks, originated in Okinawa but became famous when the Chinese used them for battling against the Mongolians and eventually defeated them. There are interesting stories regarding the weapon, such as popular movies featuring nunchucks, wrestlers using it and once fined by the border control."
Nunchucks is now a familiar weapon to the Americans. It has been adopted as a self defense weapon to deal with the attackers.
Every now and then you see people using it for performing different tricks and replicating the Great Bruce Lee.
But, how familiar are you with the history and facts associated with this incredible weapon?
Nunchucks is also called nunchaku and it is one historical weapon. It is a small sized weapon made of a couple of wooden sticks. These sticks are usually connected through a chain or rope and sometimes a chord. With its shape and design of this weapon, it looks pretty unique. But, is a martial arts weapon that hails from an island called Okinawa.
In this article we shall highlight several interesting stories surrounding the nunchucks.
This old-fashioned weapon was never popular in the Western World. However, this is the magnificence of the weapon that has urged people to still use it.
In the recent times, this weapon has featured in popular TV shows and movies.
Following five are a few interesting stories associated with the weapon:

People are often found talking about the history of weapons. There has been stories regarding the origination of nunchucks, and it is believed that it was originally developed in Okinawa where it was known by different names.
A few common names used for the weapon include chainstick, nunchaku and nunchuk etc.
It was used in Okinawan martial arts and karate. It was regarded as a useful practice weapon for improving posture and developing faster movements. However, another popular belief suggests that it was an agricultural tool earlier and then it was transformed into a martial arts weapon.
“This agricultural tool was used for threshing soybeans and rice.”
The Japanese warlords invaded the Okinawan island and banned the use of conventional weapons. Hence, the people of Okinawa started learning karate and kobudo. The kobudo tools were originally used for farming. But, the farmers converted them into weapons in order to defend themselves against the Japanese.
There are interesting stories with regards to use of the weapon in Okinawa. Nunchaku was made using a wooden clapper known as hyoshiki.
This was designed using a couple of wooden blocks that were connected via a cord. It was used by the watchmen of the island.
The watchmen used this weapon for warning the people of different dangers like impending fires. At times, nunchucks were established from bits used for the horses in Okinawa.

Among the stories around nunchucks training, I find this particular story as the most interesting. Chinese must be feeling proud after learning how they defeated Mongolians with an agricultural tool.
The earliest emperor of the Sung Dynasty of China, Jiu Hong Jun was battling a Mongolian Conqueror during the 10th century. For repecurating from that heavy defeat, he head to step back. Hence, he settled in a village along with his army in the Chinese mainland.
The villagers cared for the soldiers and the emperor and fed them. However, he asked his army to assist the villagers in agriculture. They needed some labor and the soldiers provided that. They assisted them in growing soy, rice, wheat and other crops.
He used to visit the soldiers to figure out whether they are working with the villagers or not. One day he identified a solid agricultural tool made of two wooden sticks tied using a rope. This tool served in harvesting rice and wheat.
“The great emperor thought that this tool could assist him battle the Mongolians. Also, the tool was useful for training his army.“
He borrowed the tool (nunchucks) from the villagers and learned different techniques of using it. After a couple of days, he came out of his tent with certain techniques that his army could use for combat.
So, he and his army started practicing the weapon and developed 18 different fighting techniques with the weapon.
Emperor Jui and his generals trained the infantry in handling the weapon. Once they gained the essential fighting skills, they headed to the Buk Sung town for the first time to battle the Mongolians.
The weapon helped the Emperor Jui and his army as they successfully defeated the Mongolians. As a result, Mongolian army had to leave the Chinese territory.
Many historians determine that the old-fashioned flail (another name of nunchucks) was quite similar to the modern nunchaku considering the shape. Als, the techniques we use today are also inspired by the techniques used by the Emperor Jui and his infantry.

3. Nunchucks On the Big Screen

Nunchucks were reportedly not very popular in the European and American continent.
It was a weapon that dominated the Asian countries, specifically Southeast Asia.
However, in the late 1970s, American learned about the weapon when they saw it on the big screen. And now, you see people even using it for self defense against the attackers.
Bruce Lee was the great superstar who actually introduced this weapon to the world. The Americans fell in love with him after watching the skills he had to use the weapon. There is no doubt that Lee was the most skillful person to ever held this weapon.
In the movies, he used the nunchaku to defend himself and attack his enemies.
It seems as if he knew all the techniques of using it. His way of handling it and performing different tricks at an immense speed was impressive.
It is interesting to know that there are quite a few movies in which nunchaku was featured. Most of these movies starred Bruce Lee.
“Enter the Dragon and Black Dynamite are the most popular movies that received worldwide appreciation due to nunchucks fighting scenes.”
In all those movies, the enormous skill level of Bruce Lee was matchless. Though movies did feature this weapon after Lee but no one received that appreciation that Bruce Lee movies did.
Donnie Yen is attempting to make himself the next Bruce Lee by displaying his skills of using nunchaku in the upcoming movies.

4. Nunchucks Used in the WWE

WWE (World Wrestling Entertainment) is a pro wrestling entertainment business. It runs a couple of popular shows known as RAW and Smackdown. Then, there are PPV shows once a month.
A PPV Event took place in Newark, New Jersey on May 22, 2016.
Of course, the event involved a few entertaining matches between top wrestlers but the talk of the town was the Asylum Match between Dean Ambrose and Chris Jericho.
Though it was not the main event of the show, but there was one thing very special about it. It was the first ever asylum match and it involved the use of different weapons, including nunchucks.
Most of the weapons used during the match were quite familiar to the WWE Universe, but nunchaku came up as a surprise.
Also, a surprising thing was the ability of Ambrose to use the weapon. He used it to his advantage to pick up the win over Jericho.
So, this story became the headline. People were not just surprised, they were also keen to figure out how an American pro wrestler uses such an unfamiliar weapon. Thanks to Ambrose, he displayed his skills.
As the match started, Ambrose gained an upper hand on Jericho. But, soon Jerichi gathered some momentum and was in control until Ambrose grabbed a pair of nunchucks to destroy him. At the end, he hit a dirty deeds on Jericho to emerge victorious in the match.
“The use of nunchucks made Extreme Rules 2016 one of the memorable PPV events in the history of WWE.”

5. A Wrestler Fined for Carrying Nunchucks

Here comes another interesting story revolving around Dean Ambrose and the nunchaku. After Dean managed to dethrone Jericho in the Asylum Match and determine that he owns the asylum, he came under an international weapons charge.
The news broke on WWE Network show Unfiltered when Dean revealed that he was fined by the Border Control over carrying nunchaku. We learned that carrying this weapon in a flight is not allowed.
Since Dean Ambrose was a skilled user of the weapon, he decided to take it with him while travelling. However, he forgot about the restrictions and ended up paying a hefty fine.
Dean told Renee Young, his wife, that he was charged by the Border Control and they confiscated the weapon. Also, he paid a heavy fine to get out of the situation. However, Dean was confident that at least he had an international weapons charge in his record as well.
The story broke the internet and social media as people joked about it and made laughable memes on the situation.
However, it was good to know that WWE is teasing more matches and stipulations involving fascinating nunchucks learning tricks. Now, this is one of the most popular weapons for defense in the US. People will be keen to see their favorite wrestlers having a go with the weapon. 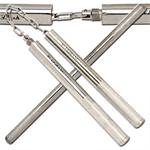 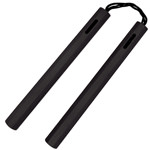 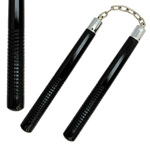