EDC refers to everyday carry, and it is a tool that is supposed to be carried on a daily basis. You must have used at least used one EDC tool that works to ease your routine work. EDC tools may include a proper machine or at times just a knife.

There are many EDC pocket knives that make your everyday work easier. Most of the occasions, these are the pocket knives. In 2019, your needs have dramatically increased, but these knives have strived to fulfill those needs to a great extent.

The right solution to these needs is the EDC pocket knife. It has the ability to do all these everyday tasks. It has a blade to alter clothes, cut wires and ropes, and open letters and canned objects etc. Also, it is a powerful knife for self defense against the attackers.

There are plenty of EDC pocket knives in the market that work as the best everyday carry tools, but not all of them all are spectacular. There are a few that are considered the best. We refer to features when we talk about choosing a few from a massive variety. We have chosen the 10 best EDC knives based on their features. These are easy to carry, small and strong enough to accomplish different EDC tasks.

Following are our picks for the 10 best EDC pocket knives. Let’s uncover the tremendous features and benefits offered by these knives along with the reasons that make them the best everyday carry knives in 2019.

Spring assisted knives or assisted opening knives are one of the best knives for everyday carry. Before we get to their advantages, let me give an overview of these knives. These are folding knives that feature a spring mechanism.

The blades of these knives are folded inside the handle. To deploy the blade, you need to push it yourself. In other words, you need to give some assistance to partially open the blade. One you have pulled it to a partial position, the spring would completely open it.

These knives are often contradicted with automatic knives, the blades of which are opened automatically. You just need to push a button to deploy the blade.

Spring assisted knives are considered more durable and useful compared to automatic knives. These are safe to carry knives because there is a safety lock that ensures your protection from the blade. The lock prevents the blade from opening itself. Also, it makes it comfortable to carry. 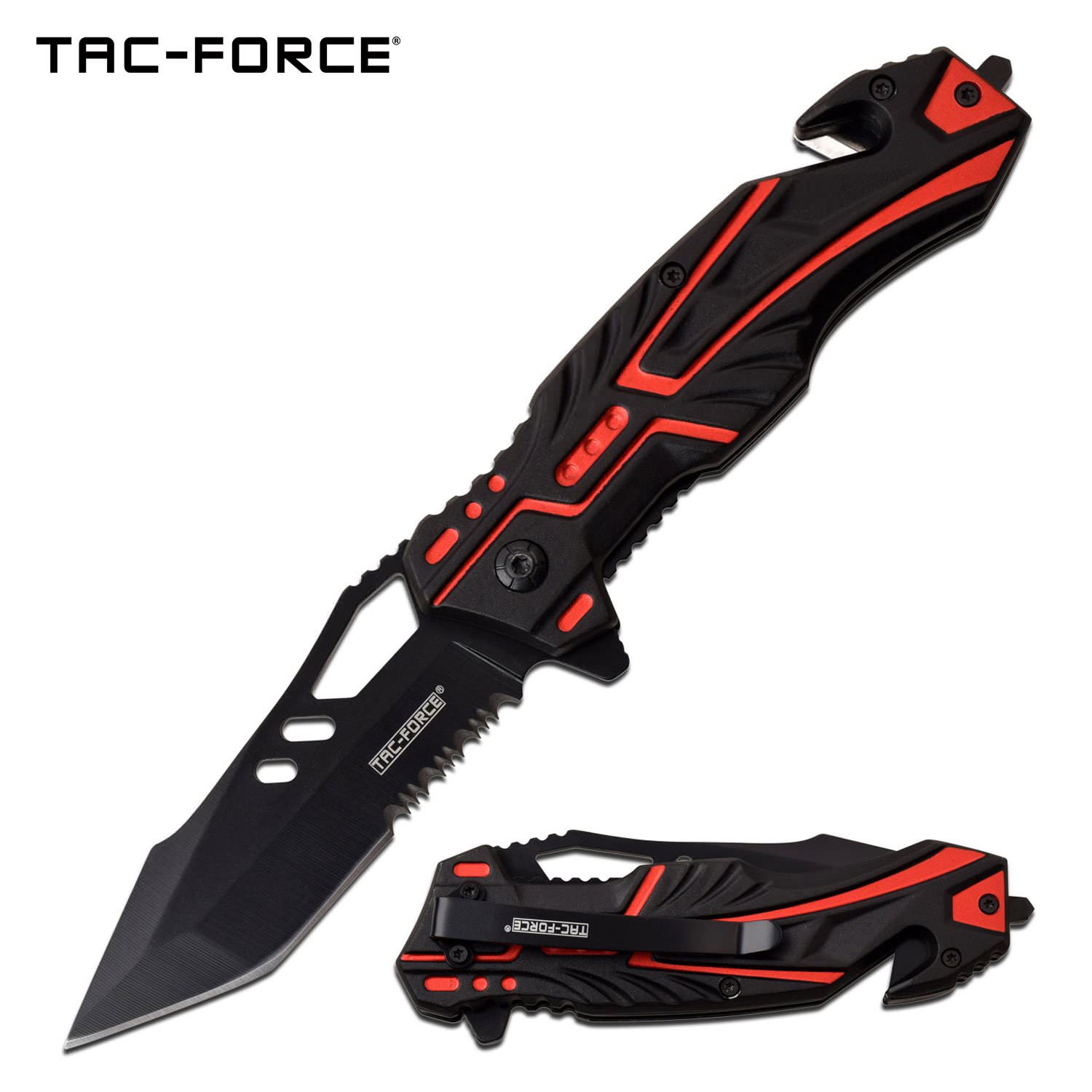 You can walk easily with the knife in your pocket and pull it out when you want to accomplish an everyday task. It features a small, yet powerful blade that can do all the cutting tasks pretty easily.

In addition, it is a handy knife to deal with the attackers. Hence, it is a knife you should always be equipped with.

Karambit pocket knife is another fabulous EDC knife. Although, karambit is available in both fixed blade and folding version, a folding version is considered the best for everyday carry.

As you might expect, an overview or introduction of the knife is pretty essential. Karambit knife is a historical knife that hails from Philippines. It has a curved blade that can be very dangerous at times. Its blade is sharp and strong, and is meant to be used for slashing actions.

However, the karambit pocket knife is something advanced. You can consider it as an updated version of the traditional knife. With a foldable blade, its size can be reduced to carry it in the pocket. 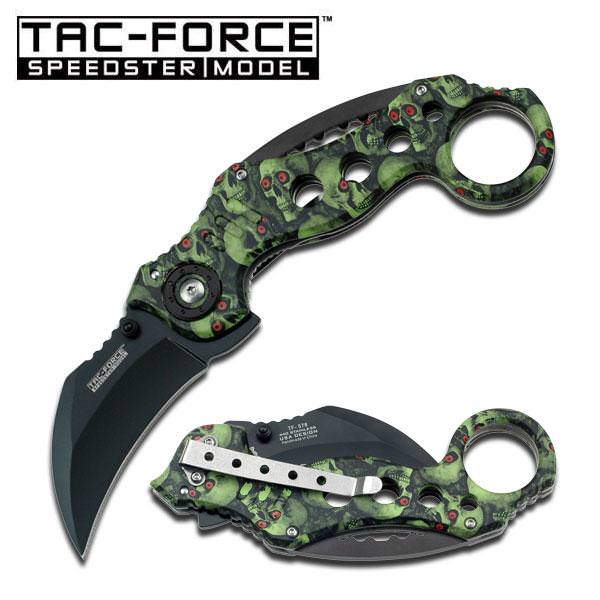 Karambit folding knife has the capability to do every task you want. Specifically, it is a handy knife to carry if you are a regular hunter or camper. In addition, it allows you to fight a wild animal you might encounter while camping because it is such a badass knife.

It can be carried in a pocket or bag. The beauty and magnificence of this knife is another factor that urges the people to carry it for everyday use. These factors combined, make it a fan favorite!

Knuckle knife, also called brass knuckle knife at times, is a folding knife which features both knuckles and a blade. So, it is basically a 2 in 1 weapon. Sometimes knuckles are on the handle and sometimes at the blade.

The knuckles can be worn to make a powerful fist with the blade perpendicular to the fist. In the past, this knife has served the military personnel. Specifically, during the First World War, it was popular as a trench knife. This was basically a combat knife.

However, today we can use it for everyday tasks. It is mainly a weapon for defense against the attackers. You can use the knucks to punch the attacker and blade for cutting tasks. With the knife worn around the knuckles, it is impossible to disarm the wearer. 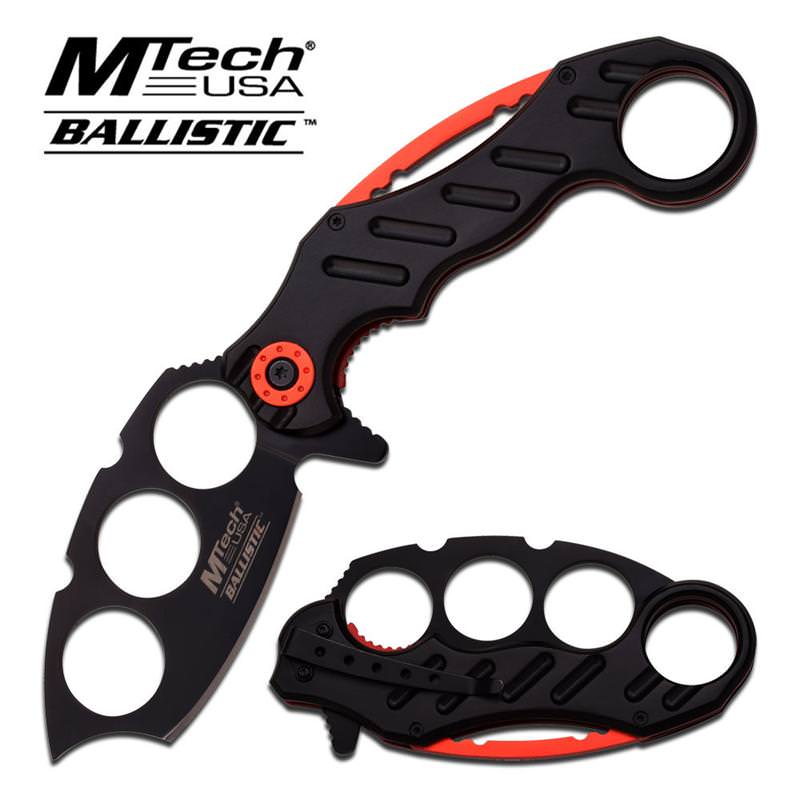 Having said that it is worn around the knuckles, it becomes pretty easy to carry. You don’t have to put it in your pocket or bag, rather you wear it. Small cutting tasks like trimming clothes, removing nails, and cutting branches can be done with the blade. In addition, there is a punching weapon as well to get rid of the attackers.

Also called balisong knife, butterfly knife is a unique knife, and perhaps the most outstanding knife ever constructed. As we are exploring the best EDC knives, it deserves to be in this list.

Not necessarily a pocket knife, but it can be carried in the pocket. There are certain exceptional features of this knife. To start with, let’s talk about its most unique feature. It feels strange to many that this knife includes two handles. 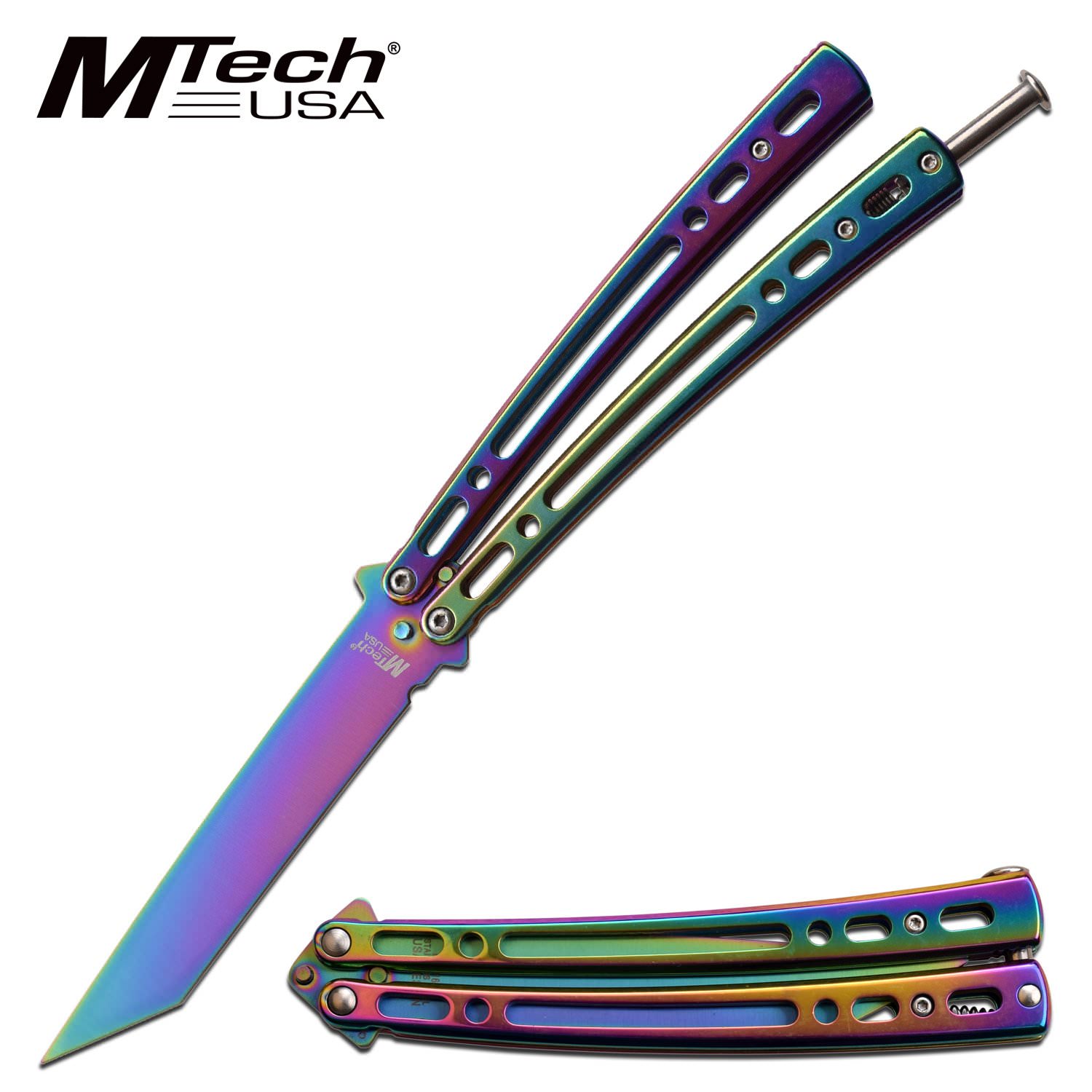 The blade is well-locked inside the handles. The lock prevents the blade or handles from opening themselves unless the user wants to. When the handles are closed, it is just a stick to carry.

There is no task that this blade can’t accomplish. It can be a handy knife for fighting the attackers. Moreover, it is a perfect EDC tool for doing everyday tasks. It is useful for gardening where you need to cut small, unnecessary branches. It can trim the plants as well.

So, it is a complete knife for everyday carry because it possesses everything you are looking in an EDC tool.

You must be surprised to see this hidden blade knife on the list. Yes, it is basically a self defense weapon, but it is an equally good EDC knife. It is not always carried in the pocket, so it isn’t necessarily a pocket knife.

Sometimes you carry this blade in your boots, necklace or belt buckle. When we talk about hidden blades, we mean lipstick knives, boot knives, pen knives and neck knives etc.

These small blades are usually too small and can be carried with ease. These are the blades you are never uncomfortable carrying due to immensely small size. 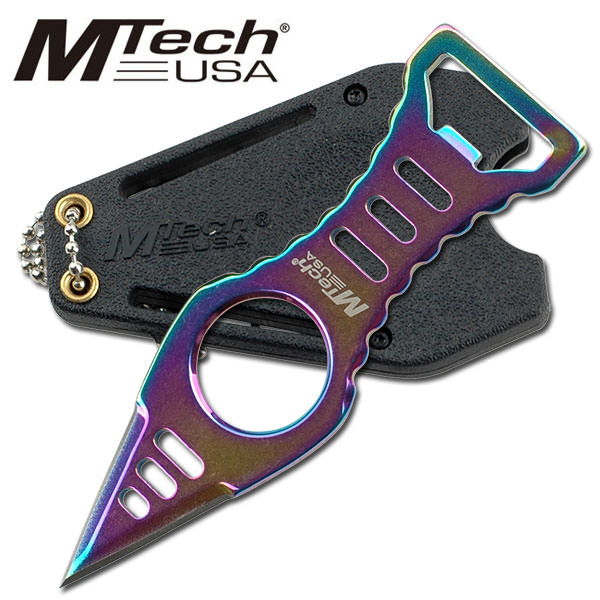 However, small size does not mean that they are incapable of doing routine tasks. Yes, these blades can be used against the attackers. But, they can also be used in the kitchen for cutting and peeling fruit. They assist you in cutting veggies and preparing food. Also, these blades can cut wires and ropes.

As an everyday carry, these knives are by no means less useful as any other pocket knife. The best thing about them is that they are easier to carry. They can be concealed in your boots, necklaces and belts.

Hence, so you don’t have to worry about the cops while carrying them for everyday use.

Stiletto pocket knife is a fantastic EDC knife. It hails from Italy and is not necessarily available in a folding version. It is generally a fixed blade knife. But, here we are talking about its folding version.

It is generally a knife with a long, slender blade with a needle-like point. A blade with a point comes very handy in several everyday tasks. However, it was primarily a fighting knife. In the modern days, it is used for self defense and utility tasks. 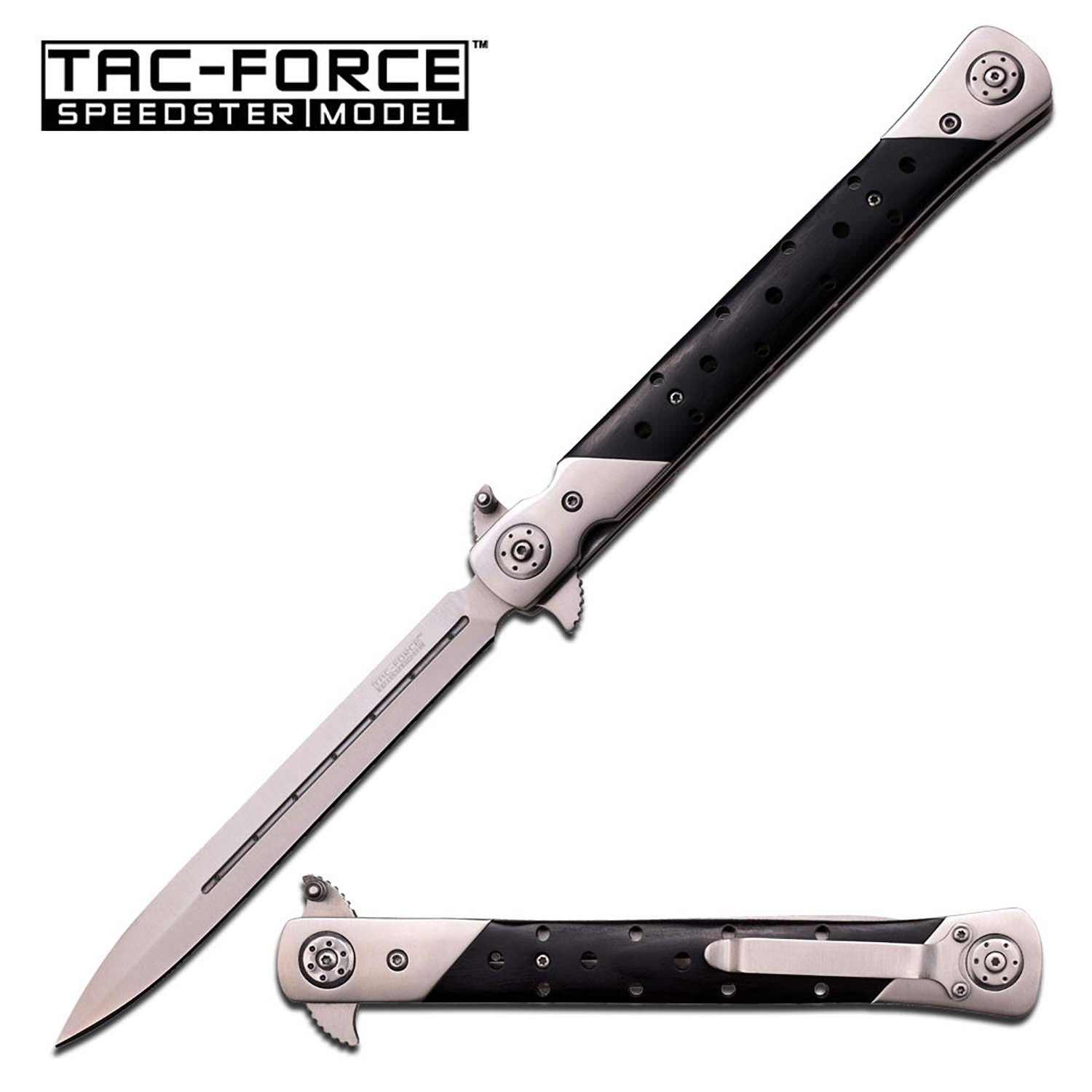 It can do thrusting actions. In addition, it has proved to be advantageous or skinning, fishing and hunting.

Since we are discussing the best EDC pocket knives, here is the superb camo knife. It is another short knife used for doing everyday tasks. In the early days, it was used by the army personnel as an essential carry. 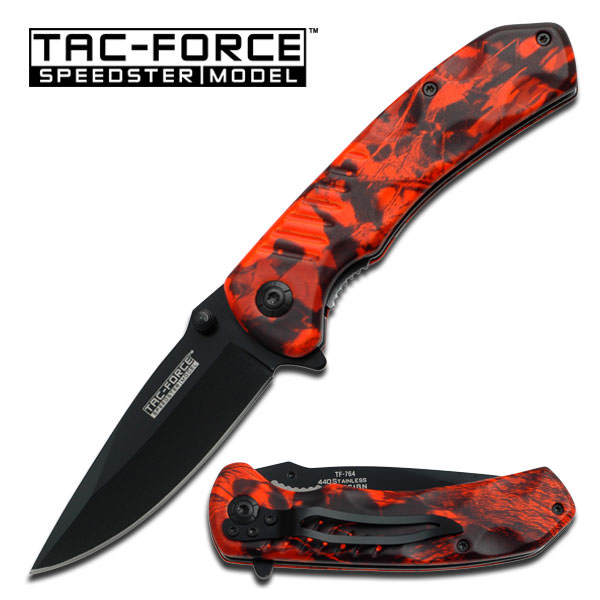 This knife ensures your survival in any circumstance. You can prevent random attacks, fight wild animals and do tasks like breaking glass, and smashing ice etc. Due to such benefits, it is often carried by the military officers, specifically those on secret missions.

A tanto pocket knife gained popularity as an EDC pocket knife due to its unique blade that contains edges as well as point. These pointed blades became popular in the late 1970s. These knives are considered very powerful and durable.

A tanto knife is a great defensive weapon. However, it can be used for sharpening the pencils and cutting ropes and woods for preparing shelter. 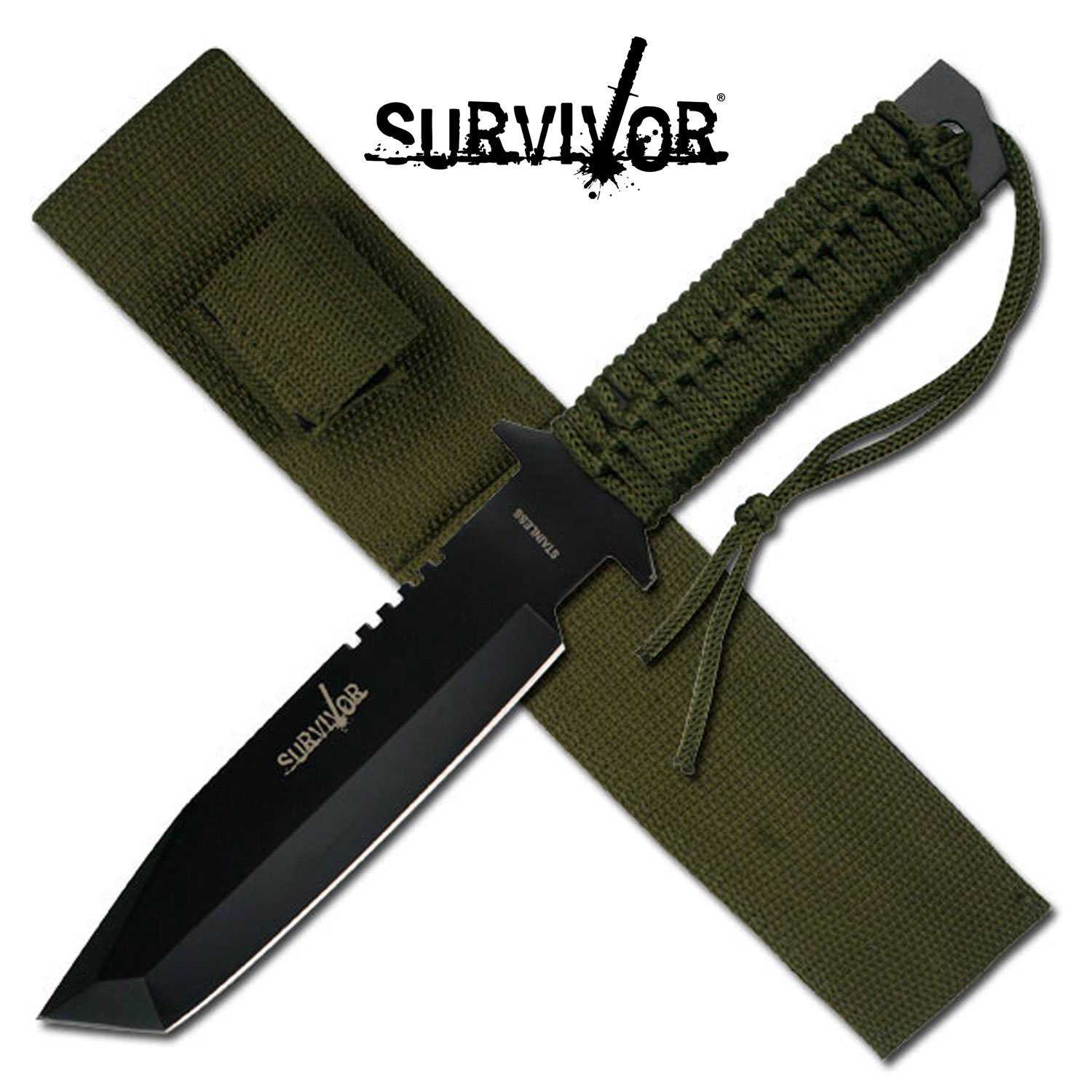 Tanto blades are useful due to their sharpened point. It is also a good knife to have while camping, fishing and hunting. It can cut meat, help in scaling and assist in food preparation and building shelter.

Pink pocket knife, as the name suggests, is a pink-colored folding knife. It is a specifically designed EDC knife for women. Since it has the look and color scheme that the ladies prefer, it is a common gift idea for your girl.

The color pink is often associated with the women. So, women can carry it in their bags or pockets of their pants. These are perhaps the most beautiful knives and that is why women are inclined towards these knives. 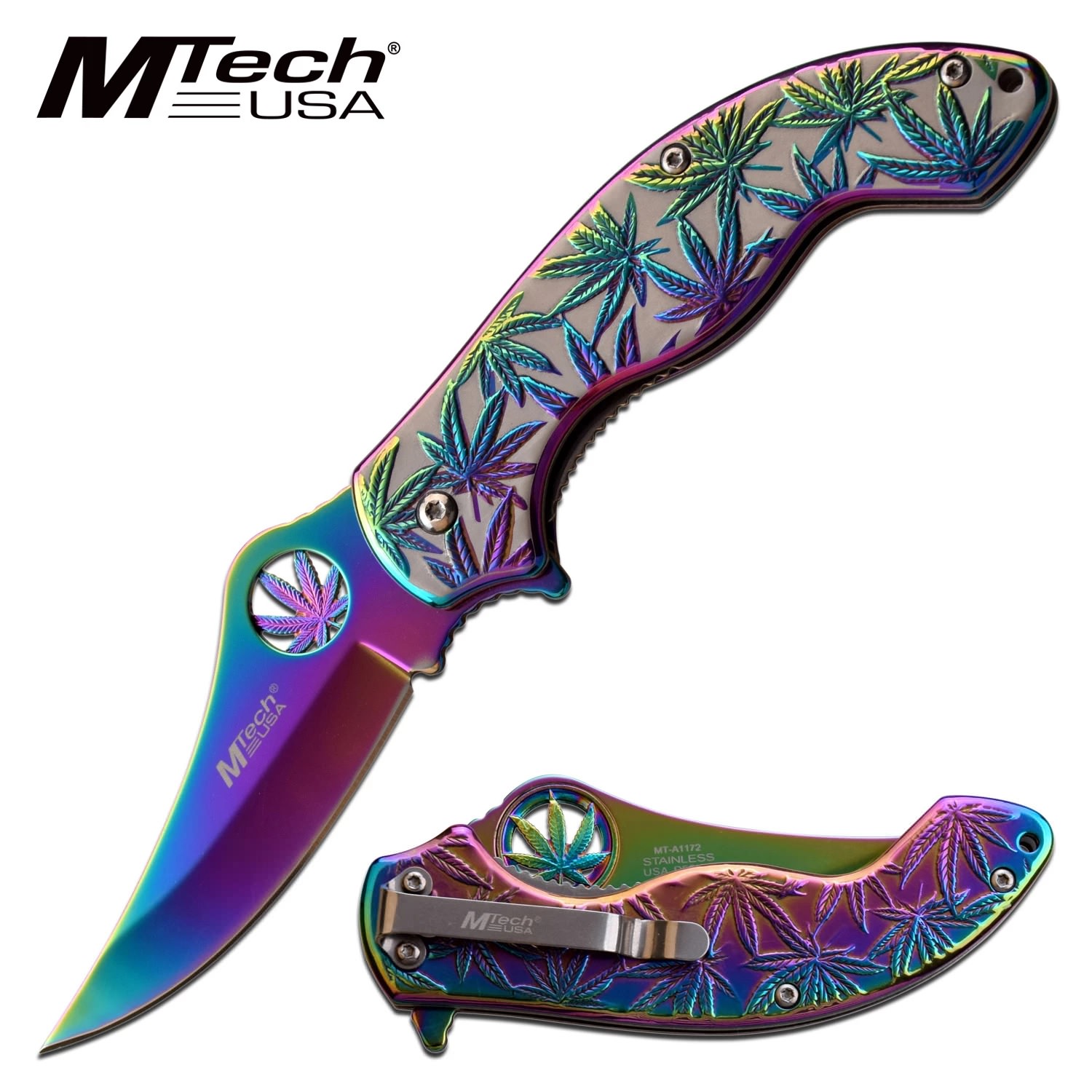 However, there is no lack of strength. They possess the power to accomplish all the everyday tasks.

It is another gorgeous EDC pocket knife. It has a rainbow design on the blade as well as the handle. There is nothing more beautiful and colorful than a rainbow and that is why called as rainbow pocket knife. 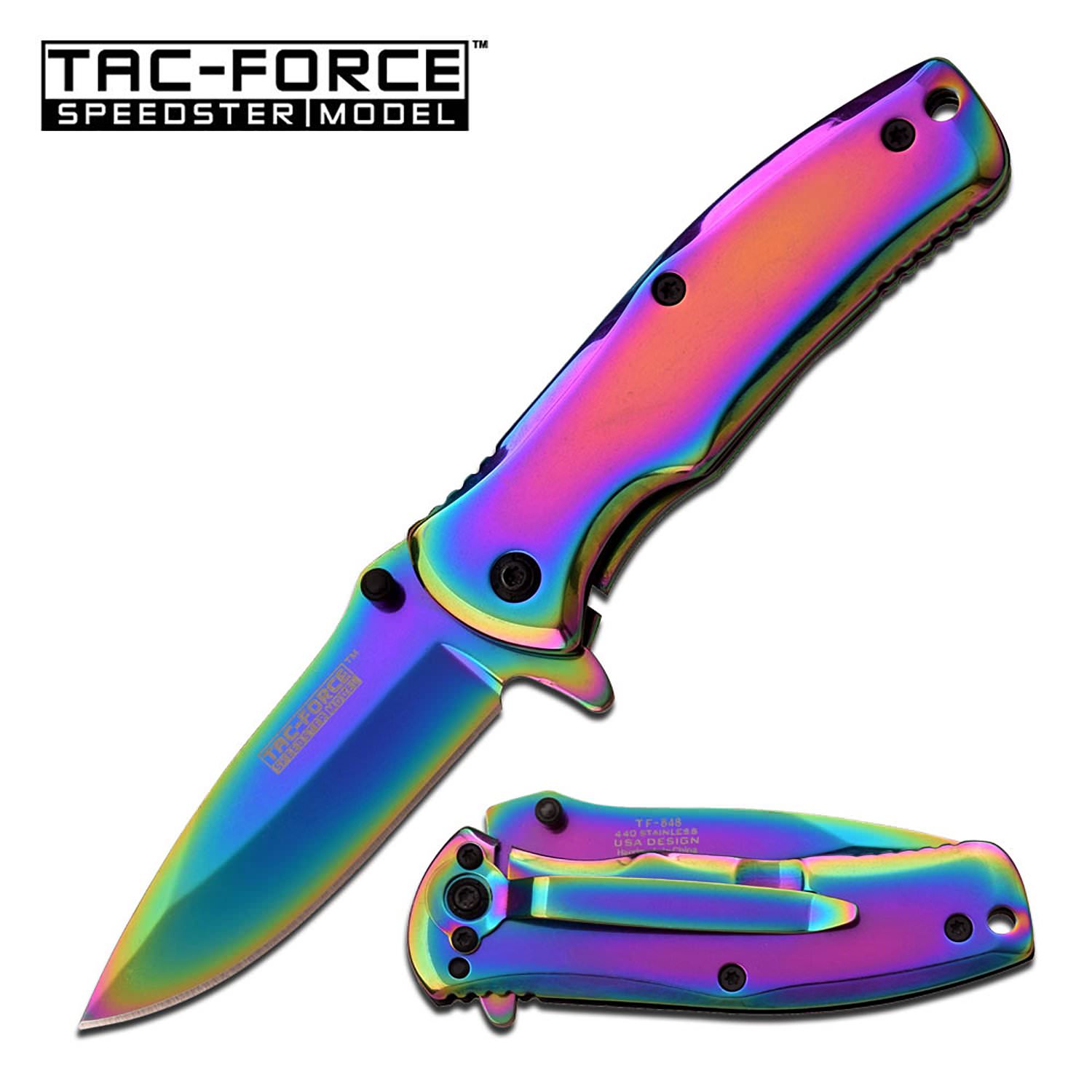 So, it is another knife that women like. In addition, it has the strength to do the routine cutting tasks. You would see these knives being used in the kitchens in the preparation of food. Also, these knives assist in other tasks like opening cans and bottles.

So, Which is Your EDC Knife?

We are done with the explanation of our best EDC knife, now it is the time for you to choose your favorite among them. Have you made your mind? Yes, it is difficult to choose one out of these ten because they are all spectacular knives.

They almost share the entire features. Also, they offer similar benefits. They are all easy to carry and have the ability to do all the everyday tasks with ease.

However, if you do pick one of these, don’t forget to let us know your favorite knife in the comment section below. Good luck with your decision making! 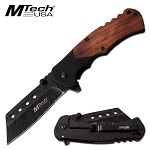 Black Cleaver Blade Spring Assisted Folding Pocket Knife Pakkawood Handle
The knife is 8.25 inch overall in length with blade length of 3.5 inch. Handle is 4.75 inch long which give you a very good hand grip. The knife includes a pocket clip attached.
$10.63
0
Out of Stock 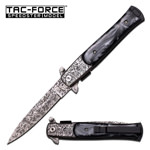 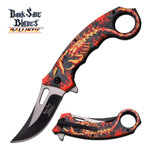 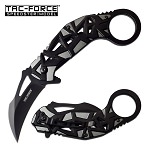 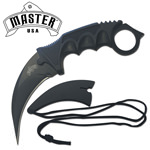 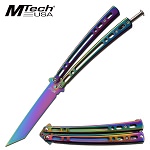 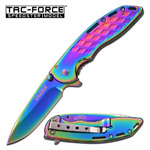 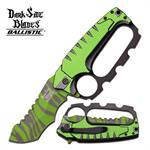 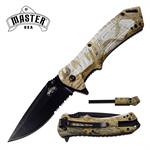 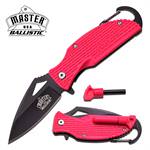