5 Hidden Blade Knives Everyone Must Keep in His Arsenal

Self defense has become a crucial necessity in 2019. Most of you reading this article would have encountered an attacker at least once in your life. Let’s face it, we are not living in a safest America now. It seems as if attackers have all the freedom in the country and you have every chance to be victimized by them. Though, we are not allowed to kill them, but we have every right to defend ourselves. I give credit to the manufactures who have out their efforts in developing small and smart self defense weapons, such as hidden blades knives.

When you head to the market in search of self defense weapons, there would be a massive choice. There are different weapons and devices that are all handy. However, the most effective and advantageous among them are the hidden blade knives. Believe me, I’m not taking anything away from others as weapons for defense, but I am revealing the most ideal ones for both men and women. However, not all the hidden blades are good for self defense. We have enlisted some of the coolest hidden blade knives. Here are our top 5 picks:

Lipstick knife has emerged as the most popular of the hidden blades. It is a perfect blade that enthusiasts love! An ideal self defense weapon, mainly for women. You may not see this blade in the hands of men, but women are crazy for this. I have seen women being eager to carry this lipstick knife in their bags or purses. The manufacturers also determine that they have established this blade keeping the needs of women in consideration. And yes, they are the right choice for women, and there are many reasons behind this.

Lipstick knife is a type of hidden blade which is shaped exactly like a lipstick. With just one exception, it is in fact a real lipstick. Women will get this; there is a small blade attached to it which is revealed while twisting the tube. Anyways, there is no lipstick attached, rather, it is replaced by a blade. The working mechanism is similar to that of a real lipstick. You need to twist the tube to open the blade. As you twist, the blade slowly starts appearing from the other side, exactly how a lipstick works.

To the women who need to defend themselves against the attacks, the lipstick knife comes up as the unmatchable or unbeatable option. It can be kept secret and pulled out during emergency situations. It is the easiest to carry self defense weapon because it is like carrying a genuine lipstick. No one would assume or identify that you are carrying a bladed lipstick. Similarly, when you deal with an attacker, he won’t figure out what weapon you have in your arsenal. So, this can be used as a surprise weapon against him. You can launch a counter attack on him to injure him and escape the danger. Don’t forget that there is a sharp blade attached to it. However, the knife is not just for women, I suggest men as well to have such weapons in their arsenal too.

Neck Knife is another hidden blade knife that is popular among the women, in particular. However, it is often carried by the male enthusiasts. Sometimes called a necklace knife, it is worn around the neck. As the name sounds, this blade is carried around the neck, and often attached to a necklace. Now, it appears like a real necklace, but there is a blade attached to the necklace that can be revealed during emergency situations, specifically, when facing an attacker. It is designed as a smart self defense weapon. I rate it as the most out of the box weapon for defense.

So, how does it feel to have a blade around your neck? Don’t be concerned about the safety ladies and gentlemen as you are never vulnerable to self-harm. The neck knives come with a leather sheath that protects the blade and the body parts of the user. There will be a protective sheath on the blade that can be removed when required. However, never try to become a strange person by not putting on the sheath. It is for your safety because an injury to neck can be seriously dangerous.

So, what emphasizes people to carry this hidden blade? A few key things that must encourage every enthusiast to keep this blade in his arsenal include the small size, ease of carry and usefulness. It is one of the self defense weapons that are ideal for both men and women. The thing that makes it the coolest weapon is that it does not require you to carry it as an additional weight. It is attached to your necklace that you are already wearing. Hence, you don’t need to carry it in your bag or pocket as an extra carry. Wear this necklace ya’ll, it ain’t just a weapon, a gorgeous fashion accessory as well.

Like necklace knife, boot knife is another fantastic self defense weapon. It is perhaps the smallest hidden blade ever designed. The main purpose of this knife is self defense against random attacks. I also consider it an unorthodox knife, but it is the most effective. I like the ideal that the manufacturer had in mind while constructing this special knife. It is a knife that is carried in the boots. Yes, the boots. It may be not that small, but it can easily fit into your shoes. I would recommend everyone reading this article to keep such a fabulous hidden knife is his arsenal. I believe it’s worth trying different weapons for self defense.

Like neck knives, boot knives are also safe. Don’t think you will be placing a blade with your feet. You will get protective sheath, often made of leather, with the knife. So, you can put that leather sheath on before placing the knife in your boot. This would make sure your feet remain secure from the blade. Hence, you will be safe from any injury.

People must like boot knives for a couple of reasons. Firstly, these knives can’t be identified because they are placed in the boots. They are excellent during a self defense situation. Consider an attacker approaching you, you can quickly pull the knife out of your boots and launch an attack against the attacker to make him run away from you. Also, when you are attacked suddenly, you can easily take out the blade from your boots to fight the attacker. It would be difficult to take out a weapon from your pocket because boots are the last thing the attacker would have in his mind. Secondly, it is the easiest way to carry a weapon as no one can would be even trying to figure out a weapon in your boots.

Pen Knife is a smart invention! As we are counting some of the best hidden blade knives, the pen knife had to feature on this list. One of my favorites too! It is a superb weapon for defense, and an ideal one for both men and women. It is in fact a pen that additionally features a blade. Unlike lipstick knife, it does include what it is named. There is a pen on one side of it while a blade is on the other side. However, the blade is covered and and can be revealed by removing the cover. So, it is actually a 2 in 1 item. It is a pen, and a hidden blade at the same time.

Why I regard it effective for both men and women is because of the ease of carrying this weapon. Most of the women carry their weapons in either their bags or pockets of their pants. Men on other hand don’t have purses, so they have only their pockets to be used for carrying weapons. Pen knife is the most comfortable hidden blade to be carried in the pocket or bag. We often have pens in our pockets, so this is an addition of another pen. Hence, there is no problem in carrying another pen because no one knows your pen has a blade unless you reveal it. What I like the most about pen knife is that it can be used simply. Just removing the cover will open the blade and I would be ready to defend myself against the attacker. So, all the enthusiasts out there, don’t miss to have this cool hidden blade in your arsenal.

Belt knife, as it sounds, is a hidden blade in your belt. It was another unique idea of hidden knife by the manufacturer, and I like the idea. When you have blades in your boots, necklaces, why not have blade in your belt? It would be an amazing piece of weapon to defend against the attackers. You would uncover the blade from the buckle of your belt and give an inflicting strike to the attacker. There is a sharp and sturdy blade that would make sure the attackers gets wounded leaving you precious time to escape and save your life. So, a handy self defense weapon.

If you are looking to add a smart weapon in your arsenal, make sure it is the belt knife. Won’t it be nice to carry a blade in your belt? Perhaps, it would make carrying the weapon easier and save your pocket from additional weight. Would you be reluctant to have such an astounding blade in your belt? Absolutely no!

Which One of Them Sounds the Best?

So, which of these hidden blades seemed perfect to you? I hope all of them are excellent to have in your arsenal. Think of your self defense needs in 2019, and I assure each of them will be fulfilling your needs. As per my suggestions, keep all of them in your arsenal and use them one by one. You will be amazed to see how all these hidden blade knives would prove effective in self defense situations! 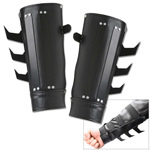 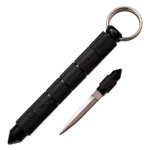 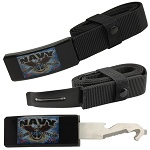 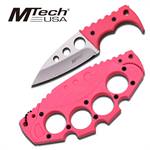 Knuckle Fixed Blade Neck Knife Girls Favourite In Pink With Sheath
Disguised as a toy but this is a real knife. Overall length of knife is 5 inch. Blade length is 2.5 inch and it is made from stainless steel. A beautiful knuckle sheath is included with the knife.
$4.61
0
Out of Stock 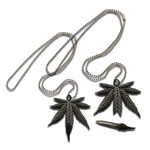 Marijuana Necklace With Hidden Knife
Neck knife marijuana emblem. Very nice detailed, features hidden knife that pulls out of the end of the necklace. Includes necklace with clasp.
$5.09
0
Out of Stock 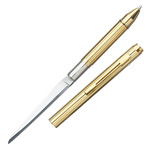 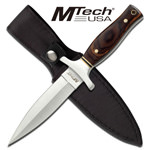 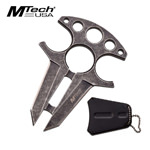